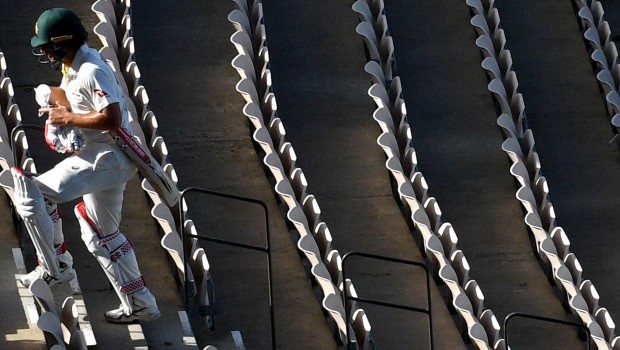 The ICC has deferred the decision on the fate of the T20 World Cup, scheduled to take place in Australia from October 18 to November 15. The ICC Board members met for the second time in the month through video conferencing but no decision was taken on the future of the T20I showpiece.

One of the ICC board members told PTI on the condition of anonymity that the call on the T20 World Cup postponement has been deferred to next month. Earlier the ICC had stated that it wants to give itself the best chance to host the tournament and will take a call on the tournament in July.

“We had a lot of administrative issues that were discussed. I am not at liberty to divulge those,” the member said.

Meanwhile, an official decision from the ICC will help the BCCI to plan ahead for the Indian Premier League, which is currently indefinitely postponed. The Indian board will have a clear picture if the ICC takes a final call on the T20 World Cup but the governing council has been delaying the decision.

In fact, the governing body was expected to take a call on May 28 but then it was later postponed to June 10. Now the decision has been postponed to July.

In fact, Cricket Australia chairman Earl Eddings has already stated the plans of staging the T20 World Cup are unrealistic. There will be travel restrictions and it won’t be easy to manage 15 teams traveling to Australian and then all the 16 participating teams traveling across the venues. Hence, the T20 World Cup is most likely to be postponed given the current situation but the ICC is delaying the final call.

However, after the previous meeting, ICC has decided to continue the contingency plans for the Men’s T20 World Cup and Women’s 50-overs World Cup in 2021.

Meanwhile, the key point of the ICC Board meeting was the appointment of the chairman after Shashank Manohar tenure. ICC has confirmed that it will finalise the new chairman by next week. See online cricket betting odds as T20 World cup resumes.