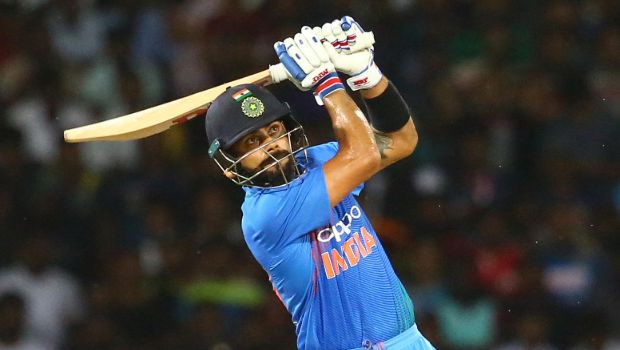 Pakistan’s limited-overs captain Babar Azam has overtaken the Indian skipper Virat Kohli from the numero uno position in the latest update of the ICC ODI rankings.

Azam has become the fourth Pakistan batsman to claim the top position in the ICC rankings.

Azam continued his sublime form in the recently concluded three-match ODI series against South Africa. The flamboyant scored 228 runs in the three matches at an impressive average of 76 and a strike rate of 104.11. Thus, Azam has ended Kohli’s three years (1258 days) supremacy at the pinnacle of the rankings.

The stylish batsman had scored his 13th ODI hundred in the first ODI against South Africa and had played a key role in the team’s win. Thus, Azam became the fastest batsman to score 13 ODI centuries, getting there in only 76 innings and beating the likes of Indian skipper Virat Kohli and former South African batsman Hashim Amla.

Earlier, Hashim Amla was the fastest to the landmark as he had got there in only 83 innings whereas Virat Kohli had reached the milestone in 86 innings. Furthermore, Azam had scored a match-winning knock of 94 runs off just 82 balls in the third ODI against SA.

Babar Azam stated that it feels nice when he gets compared with the big players of the game.

“I know. It does feel nice that you are compared to some very good players in the game. My mindset is that I challenge myself. I set myself targets. I set myself benchmarks. I have to win matches for Pakistan. And win matches which help the team. Comparisons with big players also help you to set goals that match those of the big players. If your name figures in the top five of the world it is obviously a nice feeling. It also means that you have to keep performing to those standards and that boosts your confidence too. I like it,” the 26-year-old Lahore batsman said.

“I have won fans with my performances and I have friends in India too. I also have fans in India and I request them to keep supporting me. To keep backing me,” Babar said about his fans in India.

Babar Azam is currently playing the third T20I against South Africa. Azam has scored a total of 64 runs in the first two T20Is.