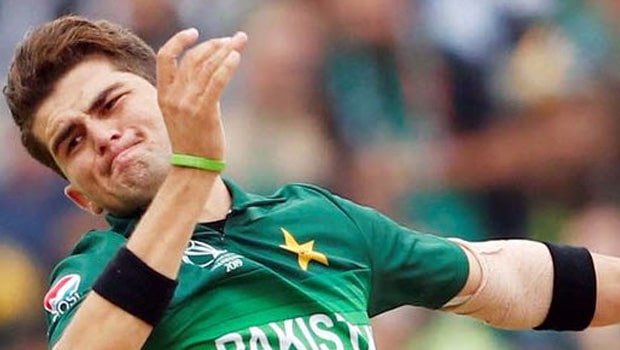 Pakistan fast bowler Shaheen Shah Afridi has attained the career-best ranking in the latest update of ICC ODI rankings. Afridi registered his second five-wicket haul in the 50-overs format as he took 5-27 in the opening match of the three-match ODI series against Zimbabwe, which Pakistan won by 2-1.

However, Afridi went wicketless in the remaining two matches but he was able to make a gain of eight places to jump to the 16th place in the rankings. This is the first time in Afridi’s career when he has broken into the top 20 of the ODI rankings.

Meanwhile, Wahab Riaz, who scalped five wickets in two matches, also made gains in the rankings. Riaz has made a jump of six places to move to the 60th place in the rankings ladder. The left-arm seamer had scalped 4-41 in the second match of the series.

Imad Wasim, Pakistan’s all-rounder who scored 34 runs in the series, has made a jump of three places to reach the 49th place. Meanwhile, Pakistan’s captain Babar Azam top scored in the series with 221 runs, including a fine knock of 125 runs in the final ODI, has closed the gap between Virat Kohli and Rohit Sharma, who continue to top the ODI batsmen rankings.

Azam added eight points to his bag and his rating points are now 837. Virat Kohli and Rohit Sharma have 871 and 855 rating points respectively.

On the other hand, Brendan Taylor and Sean Williams were the gainers for Zimbabwe. Taylor who scored 204 runs in the series, including a fine century in the first match, has made a leap of nine places to occupy the 42nd place.

Furthermore, Sean Williams has made a vault of 12 places to 46th rank after scoring 197 runs in the three-match series, including a hundred in the final game.

In the bowling rankings, Sikandar Raza has moved up to 66th place and Donald Tiripano moved to 90th. Pakistan got 20 points whereas Zimbabwe bagged 10 points in the ICC Men Cricket World Cup Super League.