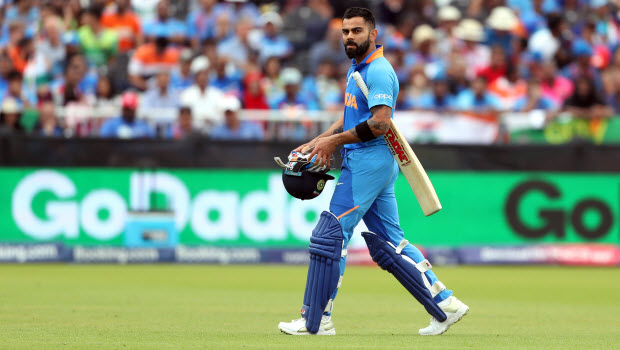 India skipper Virat Kohli and opener Rohit Sharma have ended 2019 on a good note after being consistent and remained static at the first and second position in the ICC ODI rankings for batsmen.

Kohli amassed 887 points to his name, while Rohit followed with 873 points. Rohit 2,442 runs under his locker across formats in 2019, which helped dashing Mumbai batsman to surpassed Sri Lankan legend, Sanath Jayasuriya’s 22-year-old record for most runs as an opener in a calendar year.

Rohit, who was also named Man of the Series earlier on Sunday had a splendid match. He was instrumental as India chased down 316 to win the three-match ODI rubber against the West Indies 2-1 in contributed with a valiant 63-run knock.

Windies opener, Shai Hope was also rewarded for his effort as he entered the top 10 of the rankings. In his fine form in the three-match series against India, the wicketkeeper-batsman moved up five places to reach the ninth position after scoring 222 runs in the series. This feat also included an unbeaten 102 in the opening match in Chennai, which his side won before the hist rallied back in Visakhapatnam and Cuttack.

Also rewarded for his effort was Hope’s teammate, Shimron Hetmyer, who moved up six places, is now occupying the 19th spot while Nicholas Pooran is in the 30th position in the rankings after moving up 33 places.

Meanwhile, Jasprit Bumrah will return to India’s pace attack in the limited-overs series against Sri Lanka (T20Is) and Australia (ODIs) in January next year after being out injured against India.

On the other hand, vice-captain Rohit Sharma will be rested from the series versus the islanders.

Bumrah, who has been given the go-ahead by the Indian medical team after being out of action with a stress fracture, will be headlining the games for his side.

Also coming back into the team are Shikhar Dhawan and Sanju Samson, who will be the back-up opener in T20Is.

India will clash with Sri Lanka in three T20 Internationals from January 5, followed by three ODIs against Australia from January 14.