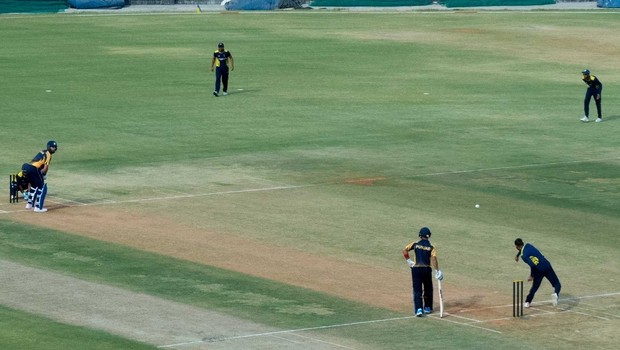 According to reports in dailytelegraph.com.au, the ICC T20 World Cup will be officially postponed later in the week. The ICC officials will meet this friday and the final call on the global event is expected to be taken. The decision has been brewing in the last couple of months with the ICC wanting to give itself the best possible chance to stage the tournament.

The T20I showpiece was expected to take place from October 18 but doubts were raised regarding the travel of 15 teams to Australia. It is anticipated that it would be hard to manage all the teams during these testing times and thus bilateral series is a better option.

In fact, the ICC was expected to take a decision on the T20 World Cup on May 28 but it went on to delay the call to June 10. Subsequently, the governing council once again postponed the decision to July in order to give themselves more time.

The Australian players returned back to outdoor training and they have been indicated that the limited overs tour to England will be on.

Meanwhile, the BCCI is expected to take their own call on the future of the Indian Premier League. The IPL was to commence from March 29 but the glamorous T20 league was indefinitely postponed by the Indian board. If the final decision on the T20 World Cup is taken, the picture would be clear for the BCCI.

The BCCI president Sourav Ganguly has recently stated that the Indian board is confident of staging the lucrative T20 league. It was also revealed that the BCCI will suffer a whopping loss of INR 4000 crores if the IPL doesn’t take place in 2020.

On the other hand, it is also recently reported that the IPL will be played in either UAE or Sri Lanka as India has recorded a surge in the number of coronavirus cases.

On July 6, India leapfrogged Russia to become the third worst hit country recording 6,97,000 cases. Both of these cricketing boards (SLC and UAE) have put their hats in the ring to stage the IPL. Moreover, the IPL will take place behind closed doors.