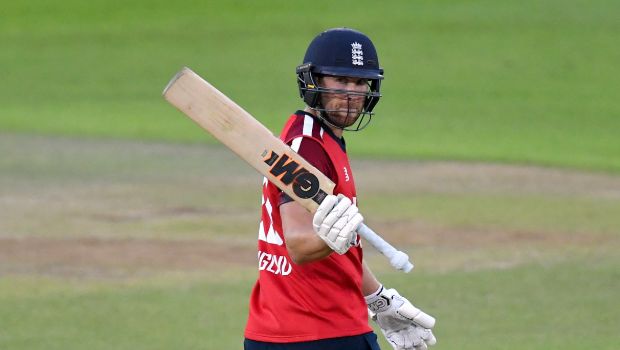 England batsman Dawid Malan has attained highest rating points of 915, which is the most ever in the ICC T20I rankings.

Malan has strengthened his lead at the top of the rankings and he had an amazing three-match T20I series against South Africa. The left-hander had scored 173 runs in three matches at a stunning average of 86.50 and a whirlwind strike rate of 161.68. Thus, he was also awarded the Player of the series.

In fact, the 33-year batsman is the first batsman to cross the 900-rating point barrier after Australian batsman Aaron Finch had achieved the same back in July 2018. With 915 points under his belt, Malan now enjoys a healthy lead of 44 points over second placed Pakistan captain, Babar Azam.

The left-hander had scored a blistering unbeaten knock of 99 runs in the third T20I against the Proteas and had helped his team chase down 192 runs with ease.

Jos Buttler, who scored a fine knock of 67 runs in the third ODI, has made a jump of seven places to get the 21st position. On the other hand, South Africa’s batsman Rassie Van der Dussen finished as the second highest run-getter with 136 runs, and he has made a vault of 17 places to occupy a career-best ranking of fifth.

Faf du Plessis, who continued his good IPL form and scored 121 runs in the series has broken in the top 20 batsmen list.

On the other hand, England’s spinner Adil Rashid has made a gain of three places to get to the fourth place after taking two wickets in the series. In fact, all the top seven bowlers are spinners.