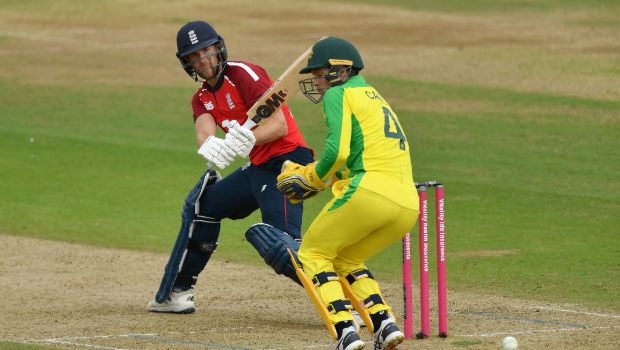 The Eoin Morgan-led team won the third T20I convincingly by nine wickets after an unbeaten knock of 99 runs from Dawid Malan.

England now have 6877 points with a rating of 275 whereas Australia also have a rating of 275 but they got 6047 points. Australia will have their chance to reclaim the numero uno position when they will take on India in the three-match T20I series. India is at the third place in the ICC T20I Rankings with 266 rating points.

On the other hand, Dawid Malan and Jos Buttler posted a world record partnership of 167 runs for the second wicket in the T20I format, with the latter scoring an undefeated 67 from 46 balls. England had to chase down a par score of 192 runs but both of these batsmen made a merry out of the chase as they got to the target in 17.4 overs.

South African skipper Quinton de Kock had won the toss and decided to bat first. But, the hosts didn’t get off to a great start as they lost three wickets for 64 inside the 10 overs. However, Faf du Plessis and Rassie van der Dussen added the finishing touches as they scored 52 and 74 runs respectively.

The first ODI between South Africa and England will take place at Newlands, Cape Town on December 4.