T20 World Cup Watch, Part 2: How does the Indian middle-order stack up? 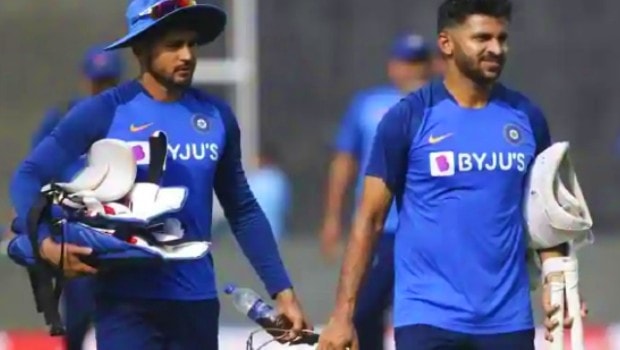 In the first part of our series, we analysed India’s top order performances in T20Is since the 2019 World Cup and also explored the possible options India could use in the forthcoming T20 World Cup in Australia. Here, we will do the same for the Indian middle-order (Positions 4-6) for the aforementioned time-period once again.

India have used seven batsmen — Shreyas Iyer, Virat Kohli, Rishabh Pant, Manish Pandey, Shivam Dube, Hardik Pandya and Krunal Pandya — between positions 4 and 6 in T20Is during the course of this period. However, only five of them have played five or more innings at these positions while only two of them — Pant and Iyer — have had 10 or more outings at these spots.

Hardik Pandya has had only two opportunities in the middle-order during this period with a tally of only 14 runs. However, he had been out with injury for a long time and it was Shivam Dube who filled in for him. The Mumbai all-rounder couldn’t make the most out of his opportunities though. Dube accumulated only 39 runs in six innings and that too at a strike-rate of only 121.87. Hardik is fit once again and he will be seen holding the reigns at No. 5 or 6 once again in the T20 World Cup for India.

Krunal has batted in two innings at these positions and has given returns of 32 runs at a good average of 32. However, he bats lower in general and he wouldn’t be India’s ideal choice for these positions again.

So, now, it boils down to the likes of Iyer, Kohli, Pant and Pandey. Iyer has more or less cemented his position at No.4 with his performances in New Zealand. He played as many as two match-winning innings during the five-match series. He has scored the highest number of runs among India’s middle-order batsmen in T20Is since the World Cup last year. His tally of 300 runs at No.4 has come at an average of 33.33 and strike-rate of 138.88. Hence, he has his position and role sorted here.

Kohli’s numbers in the middle-order during this period — 183 runs at an average of 61.00 and strike-rate of 171.02 — are exceptional as well but it’s certain that he is going to bat in the top-order at No.3.

Now it is up to Pant and Pandey to make their cases for the No. 5 spot if we consider Hardik and Iyer already holding down to the sixth and fourth spots respectively. Most would like to go with Pant here but his numbers in the middle-order — 177 runs (Avg: 25.28, SR: 126.42) — aren’t that impressive for this role. Pandey, on the other hand, has made his case with a tally of 169 runs at an average of 84.50 and strike-rate of 145.68.

So, if we go according to these numbers, it should be Iyer, Pandey and Hardik slotting down at No. 4, 5 and 6 respectively for India during the T20 World Cup.