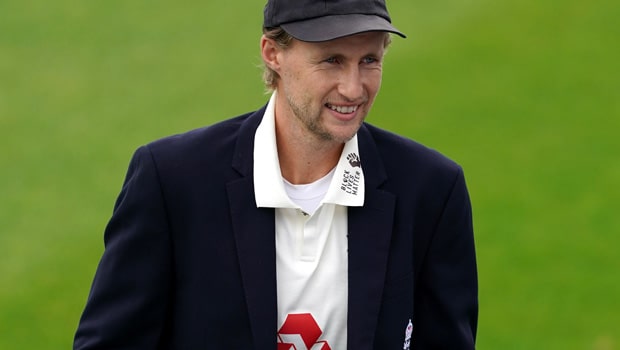 The England skipper Joe Root has leapfrogged his counterpart Virat Kohli in the latest update of the ICC Test rankings. Root, who scored a match-winning knock of 218 runs in the first innings of the first Test match at Chennai, now occupies third place in the ICC batsmen rankings with 883 rating points, his highest since September 2017.

Root has been in sublime form in the last three Test matches as he has scored a total of 684 runs. Thus, the England captain has gained two places in the ICC Test rankings and he is only eight points behind second-placed Steve Smith.

This means that Virat Kohli has slipped by a position and now takes fifth place in the Test rankings. England opener Dom Sibley, who scored 87 runs in the first innings has taken a jump of 11 places to occupy the 35th position.

James Anderson, who bowled a fiery spell of reverse swing in the second innings to return with figures of 3-17, has made gains of three places to move up to the third rank. Dom Bess and Jack Leach, who scalped four wickets each in the first and second innings respectively have moved up in the rankings. Leach takes the 37th rank whereas Bess has grabbed the 41st rank.

On the other hand, Rishabh Pant’s blistering knock of 91 in the first dig has helped him become the first full-time wicketkeeper from India to reach 700 rating points as he retained 13th position among batsmen.

Shubman Gill has gained seven places to 40th position while all-rounder Washington Sundar is at 81st place after moving up two slots as he scored a fine knock of 85 runs. Left-arm spinner Shahbaz Nadeem has also jumped two places to reach 85th position among bowlers.

Meanwhile, West Indies debutant Kyle Mayers who scored a magnum opus knock of 210 runs in the epic Test match against Bangladesh, has entered the rankings at the 70th place with 448 rating points, which is the best for any debutant West Indies player and second-best after RE Foster.