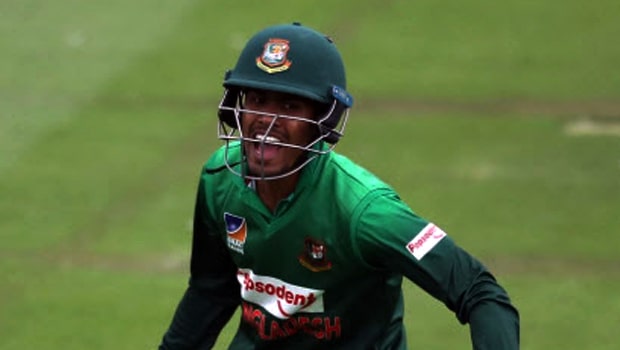 Surprise package, Bangladesh has emerged winner of the Under 19 Cricket World Cup played in South Africa after beating defending champion, India by three wickets in the summit clash of the clash on Sunday.

With this development, the young lads have put their name in the history book by winning their country’s first global cricket title.

India will have themselves to blame again, ending their innings in a paltry 177 after being bowled out in 42.1 overs by their opponent’s bowlers. Bangladesh fielders were at their best choking the former champions to the low figure, making their target an easy one.

Their batsmen did well enough to score a revised target of 170 in 42.1 overs under the Duckworth-Lewis method.

The target was later revised to 170 in 46 overs after play resumed as soon as the rain subsided. With three wickets in hand and seven runs needed to win the game, it was a cakewalk for Bangladesh.

With the victory, the ‘Tiger Cubs’ have scripted a golden chapter in their country’s cricket history.

Bangladesh’s captain Akbar Ali, showed his leadership qualities on the pitch with a patient 43 not out off 77 balls, negating more fancied opponent Yashasvi Jaiswal’s 88 off 121 balls.

His calmness helped him to marshall his resources brilliantly and batted responsibly to see out threats from leg-spinner Ravi Bishnoi and fast bowler Kartik Tyagi’s spells. With the overs of the duo completed,  the skipper got to the finishing line with ease.

Losing seven wickets for a paltry 21 runs is not champion-like performance. India got punished for this obviously. As if that was not enough, India also conceded 33 extras while defending (33), giving the champions free runs to further their course for a maiden trophy.

Bangladesh began their route to victory in the final with Parvez Hossain Emon gathering 47 runs from 79 balls while Tanzid Hasan (17) partnership gave them a mini century in quick time. This was partly down to Emon’s impressive off-side play.

India steadied the ship a little when leg-spinner Bishnoi (4/30 in 10 overs) came into the fray. He Tanzid after holing him out in the deep and played on Mahmudul Hassan Joy (8).

However, Emon returned to the field after suffering a hamstring injury to get 102 for six as and Akbar was composed in the crisis period when he had to face the challenge of left-arm seamerSushant Mishra, who got a couple of wickets in his second and third spell.

India, who batted first wilted under pressure as a superb Bangladesh bowling attack.

Jaiswal again proved to be a high performer with 88 runs from 121 balls but didn’t exert dominance, unlike the previous encounter with Shoriful Islam (2/31 in 10 overs) and Tanzim Hasan Shakib (2/28 in 8.2 overs) literally stifled the Indians for runs.

With a paltry 23 runs from 10 overs, India never recovered from the slow start despite a sedate 93-run stand between Jaiswal and NT Tilak Verma (38 off 65 balls) in 23.2 overs.

Once Jaiswal was removed,  there was no Indian batsman that could pick up from where he left off as they lost seven wickets for only 21 runs.