ICC U-19 World Cup: Bangladesh reaches the first final to clash with India 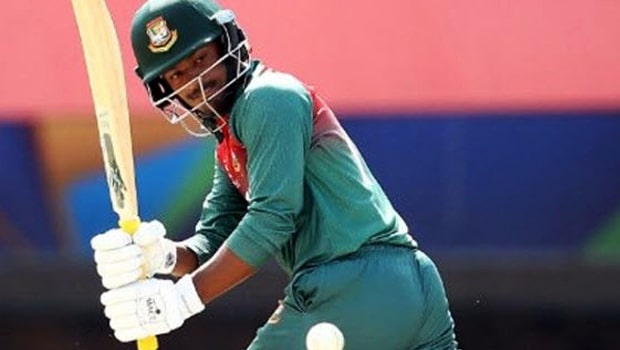 Bangladesh booked a ticket to their first-ever final in the U-19 World cup with a comprehensive six-wicket win over New Zealand on Thursday, setting up a meeting with four-time champions India.

Mahmudul Hason Joy was the hero of the occasion as he was imposing with a 100 off 127 balls, helping Bangladesh to overcome the 212 run target in 44.1 overs.

After the cheap loss in the openers in the build-up to the chase, Hason Joy teamed up with Towhid Hridoy (40) before pairing with Shahadat Hussain, which was [40 but not out] to share a 101 run stand for the fourth wicket to produce an emphatic win.

New Zealand had a quick recovery to make 211 for eight from 74 for four, all thanks to Beckham Wheeler- Greenall, who had an unbeaten 75 off 83 balls.

The brilliant Shoriful Islam was the chosen bowler for Bangladesh as he took three wickets for 45 runs in 10 overs.

The ICC U-19, World Cup finals, will take place on Sunday 9th of February 2020 as Bangladesh face the defending champions India. Both teams have maintained their unbeaten record in the tournament so far.

Akbar Ali, captain of the Bangladesh team, revealed at the posy match conference that his team would have to be on top of their game to defeat India.

He continued and said; we will approach the game generally without being under pressure. We must avoid the thoughts of thinking this is our maiden final.”

“India is a fantastic side, and we have to bring our best game to. We have to be the best of the three departments. Our fans have been very supportive so far, and I hope they will continue in the final this Sunday. ”

Meanwhile, India, on the other hand, who are led by Priyam Garg, has been in some blistering form after they destroyed Pakistan by ten wickets to book their third successive U-19 World Cup final.