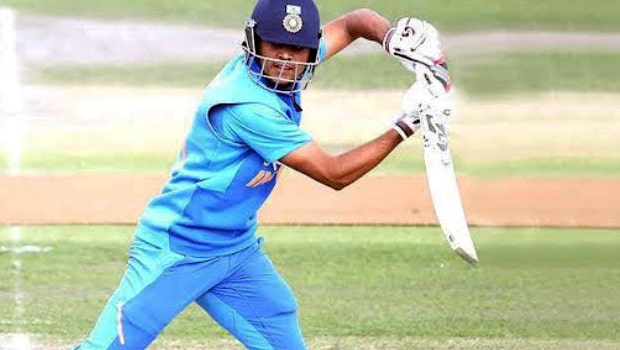 The BCCI has announced Uttar Pradesh batsman Priyam Garg as India’s under 19 captain.

This means he will now be leading the defending champions India in next year’s Under-19 ICC Cricket World Cup.slated for South Africa from January 17 to February 9.
The competition which would be its 13th edition will be played between 16 teams that will split into four groups. Each team will square up against their opponent and gather enough win that will take them out of the group as the group winner or runners- up.
India will square up against New Zealand, Sri Lanka and Japan in Group A.

19-year-old Garg, who is a right-handed top-order batsman with a first-class double hundred and a List A century to his name was part of the India C team that ended up in second place at the Deodhar Trophy with a 74 in the final against India B to his credit last month.

In a performance that he ended up with two hundred, including a career-best 206, he will definitely be a top player to watch out for.

17-year-old Yashasvi Jaiswal who became the youngest to hit a List A double-century during the Vijay Hazare Trophy is another player on the lookout.

With a successful year with Mumbai, he has a record of average 112.80 with three hundred and fifty during the season.

Meanwhile, after the group games in the world cup, the top two teams from each group will qualify for the Super League stage.

India is unbeaten in the tournament with four titles to their credit, making the most successful team.

Before defending their title, they will travel to South Africa for three one-day matches against the Proteas U-19 side. Quadrangular Series that would also be featuring South Africa U-19, India U-19, Zimbabwe U-19 and New Zealand U-19 will follow.