Women’s T20 WC Final: Shafali, Poonam and other key Indian players to watch out for 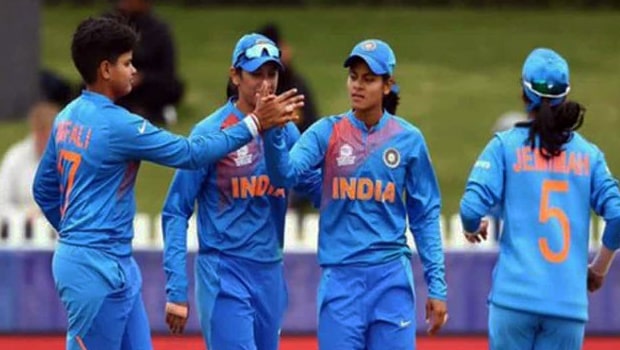 The Indian eves had a rather easy entry into the final of the ICC Women’s T20 World Cup as an abandoned semifinal gave them a walkover against England. It’s not that they didn’t deserve it though, they finished as the top team in their group and that’s how they were chosen as the deserving finalists over England who finished as the second best team in Group B. But their match up against Australia isn’t going to be as easy as some of the group encounters. Yes, India have already beaten Australia once in this tournament but Australia are the defending champions and they don’t repeat the same mistakes twice. But India can bank upon their players. In fact, some of them have been in prime form and thus would like to maintain that in this all important final as well. Let’s have a look at them.

The #INDvENG semifinal is called off due to rain. #TeamIndia 🇮🇳🇮🇳 make it to their maiden #T20WorldCup final. pic.twitter.com/y4rfDWjzFi

Shafali Verma: The 16-year-old has caught everyone’s attention with her breathtaking knocks at the top of the order in this tournament. She has amassed 161 runs so far with an excellent average of 40.25. The most fascinating part has been the way she has taken the attack to the opposition in each of the matches. Her strike-rate of 161 in this tournament tells how lethal she has been with the bat. Moreover, she is the top ranked batter in Women’s T20Is now as well and that is a huge confidence booster for her.

Poonam Yadav: The Indian leg-spinner is the highest wicket-taker in this tournament right now. She has picked up nine wickets in four matches so far and that too at a mean economy rate of 5.56. Her best performance in this competition came in the tournament opener against Australia where she registered a bowling figure of 4 for 12 and was adjudged the Player of the match as well. She would be eager to repeat that feat in this match once again.

Shikha Pandey: The pacer is India’s second highest wicket-taker in this competition at the moment. She hasn’t had match-winning performances like Shafali and Poonam but she has picked up wickets at crucial stages of the game. Pandey has picked up seven wickets in four matches so far and at a mean economy rate of 5.31 once again. She played a pivotal role in India’s victory over New Zealand in the group stages as she stopped an in-form Amelia Kerr three runs short of the target in the last over.