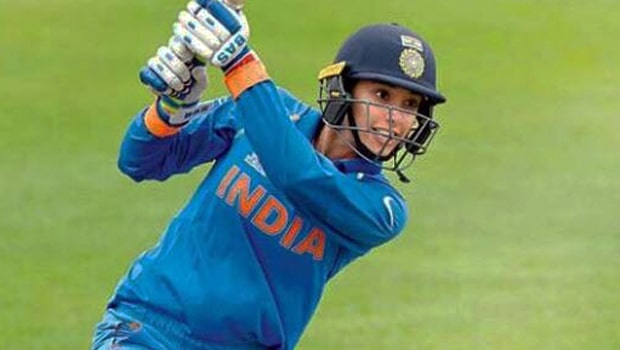 The main reason behind the elimination of the Indian eves in the semi-final of the 2018 World T20 against England Women was the failure of their middle-order.

While the top three batsmen contributed 71 runs while batting first, India lost their next seven wickets for just 41 runs. As a result, England chased down the paltry target of 113 runs rather easily.

Since then, the Indian management and Captain has talked a lot about the need for their middle-order to step up. However, as another T20 World Cup beckons, their performance in the recently concluded T20 Tri-series showed that their middle-order issues are far from being solved.

In fact, this problem had never been solved during this period. A look at India’s batting numbers since the end of the last T20 World Cup would reveal that their middle-order has been one of the poorest during this timeframe. 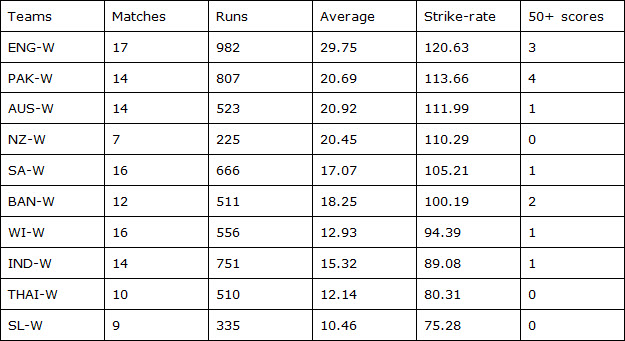 Even though the Indian middle-order has scored the third-most number of runs among the 10 teams during this period, their average has been one of the poorest. Only the West Indies, Thailand and Sri Lankan middle-order have a worse average than that of the Indian eves.

The same goes for their strike-rate as well. A figure of 89.08 reveals how much they struggle to score quickly and that is a big drawback for India. Only Thailand and Sri Lanka’s middle-order have a worse strike-rate than that of India.

India’s ace batsman Smriti Mandhana had also acknowledged the need for their middle-order to step after the conclusion of the recent tri-Series. Their top-order of Mandhana, Shafali Verma and Jemimah Rodrigues have been in fine form. Their bowling has been firing on all cylinders as well. So, it is only the performance of their middle-order that is holding India back. They will become an unstoppable force in the World Cup if they can sort this issue out.