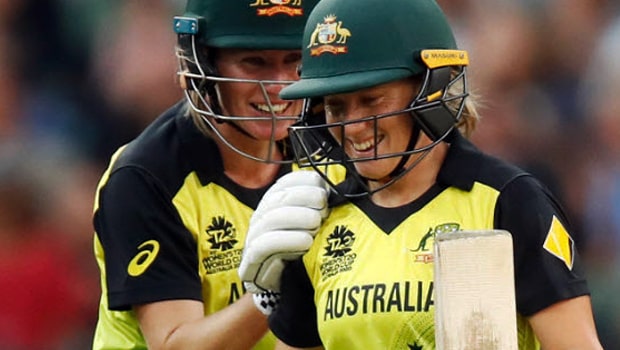 The host of the ICC Women’s T20 World Cup, Australia has retained their title after brushing aside India in an emphatic fashion with an 85-run win in the final of the tournament.

It was a revenge mission for the Aussies after suffering a shocking defeat against India in the opening game of Group A. India ended up topping the group with a hundred percent record. This helped them proceeded to the final against England in the last four due to rain, and there is no reserve day in the schedule.

In their revenge mission, the five-times champions were brutal this time around outclassing India for their fifth T20 World Cup.

In the game that much was expected, delivered was very little Australia’s openers, Alyssa Healy (75 off 39 balls) and Beth Mooney (78 off 54 balls) had a good start which laid the foundation for a 115-run partnership.

This was possible as they were able to neutralise the threat of in-form spinner Poonam Yadav (1/30 in 4 overs) easily. With Poonam unable to get the openers out, the openers took the likes of medium-pacer Shikha Pandey and Deepti Sharma to the cleaners to rack up their double figures. Pandey conceded 52 runs in her four overs.

After Healy was removed, Mooney came in and registred 39 runs with skipper Lanning. Deepti’s double strike in the 17th reduced the momentum for the host, but the damage was already done with 18 balls left to play.

Rachael Haynes could only manage 4 as she fell for Poonam Yadav’s delivery in the 19th over. With six balls to go, Mooney finished the game remained unbeaten with Nicola Carey (5 not out) with a formidable 184 for four.

When it was the turn of India to bat, they crumbled to 99 all out in front of 86,174 spectators at the iconic Melbourne Cricket Ground, which is a record attendance in women’s cricket history.

In the game, it could be said that the host saved their best for the last while India could be said otherwise. With the early dismissal of the 16-year-old opener, Shafali Vema, they were staring defeat in the eyes.

Their defeat was reminiscent of the 2003 men’s World Cup final when Australia thrashed India in an anti-climactic title clash.