I’d liken Shardul to someone like Vernon Philander: JP Duminy 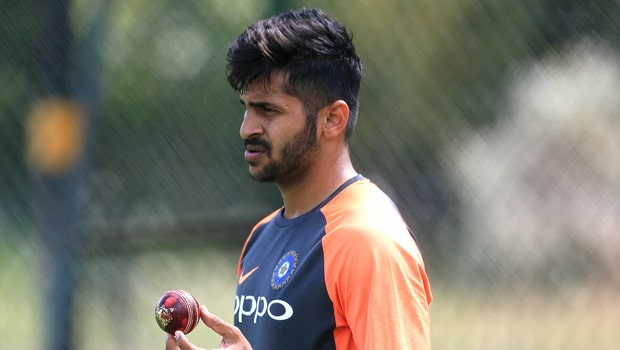 Duminy spoke to cricket.com and drew similarities between Thakur and Philander due to their accuracy and ability of using the pitch to their advantage.

“I’d liken Shardul to someone like Vernon Philander. The reason why he comes to mind, I think about how he goes about getting his wickets. There was a crack he utilised to his advantage in the first innings. But what’s impressive is the ability to wobble the seam but be consistent with your lines and length. You’re allowing the surface to be your variation,” said Duminy.

Out of his eight wickets in that match, seven came in the first innings as he registered figures of 7/61 to bowl South Africa out for 229. Thakur’s figures also became the best bowling figures by an Indian bowler against South Africa in Test cricket, surpassing R Ashwin’s record of 7/66. It also made Thakur the only Indian bowler after Harbhajan Singh to pick up seven wickets in a single innings in South Africa.

Duminy also went on to talk about a lot of other things but he believes that Thakur had one added advantage over Philander as he has the ability to swing the ball more.

“When the ball lands on each side of the seam, it could move in different directions or it keeps particularly low or bounce towards the batter. This was something Vernon was immaculate at. He used to say, he kept the ball in a certain way and I get that impression with Thakur as well. The added advantage is that he has the ability to possibly swing the ball a little more than Philander.”

Thakur’s efforts went I vain as India eventually went on to lose the match by seven wickets. The series is now level at 1-1 and that has set up a tense decider in Cape Town, starting on January 11.