Home » Cricket » If Babar Azam was Virat Kohli, everybody would be talking about him – Nasser Hussain

If Babar Azam was Virat Kohli, everybody would be talking about him – Nasser Hussain 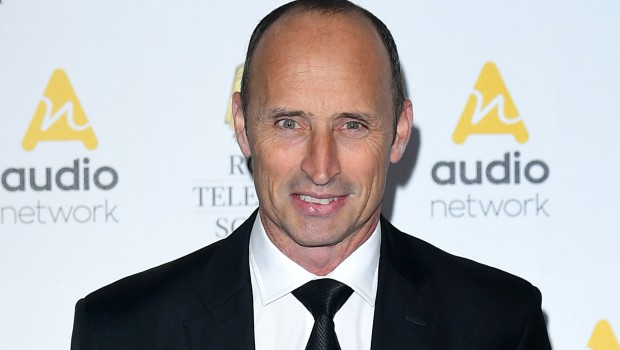 Former England captain Nasser Hussain believes Pakistan Test vice-captain Babar Azam doesn’t get the same appreciation that he deserves. Azam has been a consistent performer for Pakistan in all the three forms of the game. Hussain reckons that if Babar Azam was Virat Kohli, everybody would have been talking about him and he would have been the cynosure of all eyes.

Meanwhile, Virat Kohli, Steven Smith, Joe Root and Kane Williamson are part of the fab four. Hussain stated that it should be fab five and Babar Azam should be a part of it.

Babar Azam was at his best against England in the first innings as he scored an unbeaten 69 runs to help his team score 139-2 on the opening day. The stylish batsman took his time in the initial stage and then looked at his best as he timed the ball to perfection. There is always elegance and class in Babar Azam’s batting and all were on display against the England bowlers at Old Trafford, Manchester.

Meanwhile, Babar Azam has an average of over 50 in the limited-overs format whereas he has an average of more than 46 in the Test format. The flamboyant batsman is the number one in the ICC T20I rankings and has done a fine job for his team since he has made his debut back in 2015.

Nasser Hussain told Sky Sports, “If this lad was Virat Kohli, everyone would be talking about it but because it is Babar Azam, no one is talking about it. He averages 68 since 2018 and 55 in white-ball cricket. He’s young, he’s elegant, he’s got all the swagger.

“They keep going on about the fab four, it’s the fab five and Babar Azam is in that.”

Babar Azam has ticked all the right boxes in his career and has shown all the promise to go a long way in his career. The 25-year old right-hander is a technically correct batsman and he is a treat to the eyes when he gets going.

On the other hand, Hussain added that if Babar Azam has a good series against England, it would be of great help to the visitors.

Babar Azam looked at home while playing in the English conditions and according to ESPNCricinfo, he was 91% in control of his innings. There are hardly any chinks in Azam’s armour and he would like to be at his best against England.