If Hardik Pandya is fully fit, he becomes tremendous asset for the team: Laxman Sivaramankrishnan 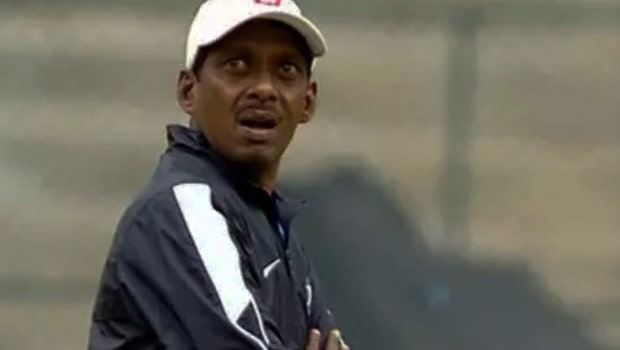 Former Indian spinner Laxman Sivaramankrishnan has stated that if Hardik Pandya is fully fit, then he becomes a tremendous asset for the team. Pandya hasn’t bowled at full tilt after undergoing back surgery in 2020. The all-rounder also didn’t bowl a single over for Mumbai Indians in the first phase of IPL 2021.

Furthermore, the all-rounder was also not picked for the tour of England. Pandya had earlier revealed that he wants to concentrate on limited overs format and his body is not ready for the difficulties of Test cricket. The all-rounder from Baroda was deeply missed in the World Test Championship final against New Zealand as the seam bowling all-rounder is always useful in English conditions.

Pandya is currently with the national team on the tour of Sri Lanka. It is reported that Pandya will bowl in the upcoming series against the Island nation. Furthermore, if Pandya bowls his quota of overs in the upcoming T20 World Cup, it will bring great balance to the team.

Laxman said while talking to Hindustan Times, “Hardik Pandya have an integral part to play. The moment he starts bowling after regaining full fitness, I think Hardik will be the key for India. After a long time, we’ve got a seam-bowling all-rounder who balances the side. We don’t have fast bowlers who can bat well. Even at the Test level, our fast bowlers are not big-time contributors with the bat but Hardik can do that. And he can get runs in lightning quick time. He can destroy the opposition. If Hardik is fully fit, he becomes a tremendous asset to the team”.

Meanwhile, India hasn’t been able to find a proper finisher after the retirement of MS Dhoni. Pandya has done a fine job but he has big shoes to fill. Ravindra Jadeja has also done a decent job while batting in the lower order. Laxman added that Pandya will gain more confidence if he regains his full fitness.

The former leg-spinner added, “That has been the problem for India… Finishers after MS Dhoni and Yuvraj Singh. We are still looking to find a good finisher after Dhoni. Hardik Pandya can be an extremely dangerous finisher. It is important for him to regain full fitness and then when he starts to bowl, he will gain more confidence. Hardik can contribute to all three departments of the game. Every time he contributes, he will become a better cricketer both technically and mentally. The key for India’s success in white-ball cricket will be the fitness of Hardik Pandya and if he can play to his potential then it will be awesome”.