Home » Cricket » If I can perform consistently in the IPL 2020, opportunities will come – Karun Nair

If I can perform consistently in the IPL 2020, opportunities will come – Karun Nair 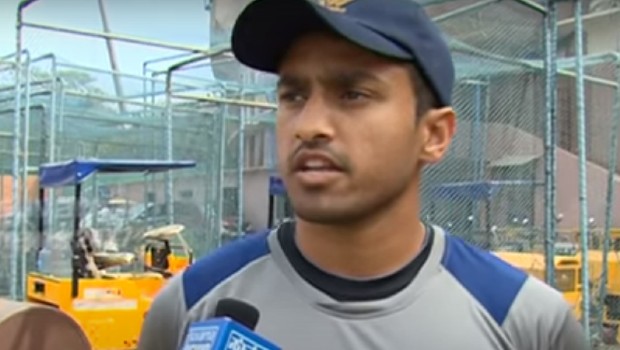 Kings XI Punjab batsman Karun Nair is hopeful that selection doors for the national team will open if he can perform consistently in the upcoming season of IPL 20120. Nair who became the second Indian batsman to score a triple Test hundred after Virender Sehwag, had last played a Test match for the Indian team back in 2017.

It is noticed that despite scoring a gargantuan knock against England at Chennai in 2016, Nair didn’t receive as many opportunities as he might have deserved.

Meanwhile, Nair had a decent season for KXIP in IPL 2018 as he had scored 301 runs in 13 matches for the franchise. However, he could only get a solitary match in the last season despite being the franchise’s third highest run-getter in IPL 2018.

Nair has been training hard in the UAE to gear up for the upcoming season. It is many times noticed that the players who perform well in the IPL, are able to catch the eyes of the selectors. Nair is hopeful that he can make a place for himself in the national team if he comes up with good performances for the Punjab side.

The right-hander from Karnataka has played 69 IPL matches in which he has scored 1464 runs at an average of 24.81 and a strike rate of 128.53. Ergo, Nair would look to improve his numbers and play a crucial role in the success of the franchise.

“IPL is such a big platform for every single player that comes from India,” Nair said while talking to Hindustan Times. “Whatever opportunities I can get, I’ll be looking to do as well as I can to help Kings XI win games. If I can consistently do well then opportunities will come. Just looking at it one game and one opportunity at a time.”

The flamboyant batsman has scored 2623 runs in 128 T20 matches at an average of 25.71. Nair is also looking forward to learning from head coach Anil Kumble. Furthermore, he will have company of Karnataka players like KL Rahul, Mayank Agarwal and Krishnappa Gowtham.

The Kings XI Punjab will play their opening match of the 13th season when they will take on Delhi Capitals at Dubai on 20th September.