Home » Cricket » If India beat England in England, they will be the best team of this era – Michael Vaughan

If India beat England in England, they will be the best team of this era – Michael Vaughan 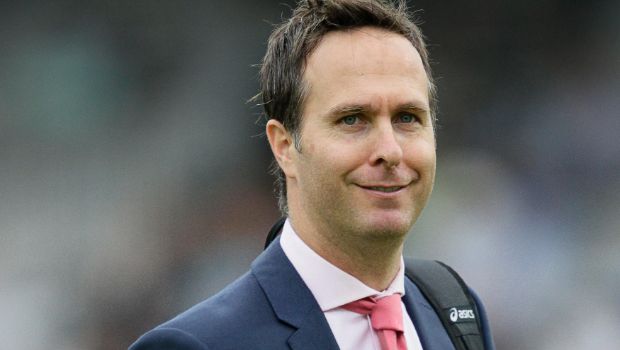 Former England skipper Michael Vaughan believes if India goes on to beat England in England in the five-match Test series, then they will be the best team of this era.

India has already beaten Australia in Australia twice and recently defeated England by 3-1 in the four-match Test series in their own conditions.

Vaughan added that he won’t bet against India for the upcoming five-match Test series against England and Virat Kohli’s team is currently the best team in the world. India are a potent unit as they tick the right boxes with both bat as well as the ball.

The Indian team has the spinners to help them win in their own conditions whereas they have one of the best pace bowling batteries in the world, which has helped them savour success in overseas conditions.

The likes of Mohammed Shami, Ishant Sharma, Jasprit Bumrah, Mohammed Siraj, and Umesh Yadav have come up in the ranks and they have delivered the goods for the team. On the other hand, the Indian team also has a formidable batting unit as they have batsmen like Rohit Sharma, Cheteshwar Pujara, Virat Kohli, Ajinkya Rahane, and Rishabh Pant.

Thus, Virat Kohli’s team is ticking the right boxes and they are coming up with a collective team effort to savour success in all kinds of conditions.

“India, for me, are pound for pound the best team in the world. If you look at 2021, they won in Australia, they’ve beaten England 3-1… there’s a T20 World Cup in India and they will be the favourites to win that as well,” Vaughan said on the radio for BBC 5 Live Sport.

“They’ve also got the challenge to come to England in a few months’ time for 5 Test matches. If they beat England, who are tough to beat in home conditions with the ball moving around… if India comes here and beats England, and I wouldn’t bet against them with that they’ve got on the talent.

“If they beat England in England then I think they are the team of this era. They’ve got enough. They’ve got the pace, the skill, the spinners and they’ve obviously got Virat Kohli. They are a tremendous team,” he added.

Meanwhile, India’s series win against England was Virat Kohli’s 13th consecutive series victory in the home conditions as a captain. India has been a force to reckon with in their own conditions and they have come up with promising performances in the foreign conditions.

England had defeated India by 4-1 in the 2018 tour and the visitors will have their work cut out in English conditions. The first Test match will take place on August 4 at Trent Bridge, Nottingham.