Home » Cricket » If MS Dhoni plays, it would be easier for us – Kuldeep Yadav

If MS Dhoni plays, it would be easier for us – Kuldeep Yadav 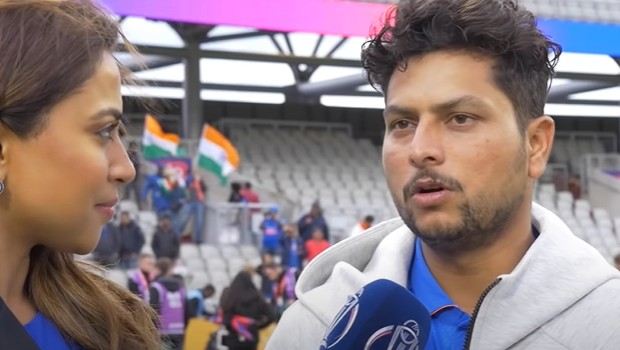 Indian chinaman spinner Kuldeep Yadav believes if MS Dhoni makes a comeback into International cricket, it will make their job easier. Dhoni is known to gauge what is going on in the mind of the batsman and he then directs his spinners what line and length they can bowl. In fact, both Kuldeep Yadav and Yuzvendra Chahal have often given credit to Dhoni for their development as spinners.

Dhoni is known to guide his spinners and he would come up with great tactics. The former skipper has all the experience under his belt and he is one of the shrewdest minds of the game. The wicket-keeper is always ahead in the game and his strategies are mostly master strokes.

Dhoni will often pass on information from behind the stumps, “Thoda upar daal skte h isko or agli ball pe marne ki koshish karega, bahar rakhna (You can bowl a tad fuller to him or he may try to hit on the next ball, so bowl a bit wide).

There is no doubt that both Yuzvendra Chahal and Kuldeep Yadav have missed Dhoni’s guidance from behind the stump in the last 10 months. Many times the stump mike has picked up Dhoni’s guidelines and both the Indian wrist spinners have reaped fruits for the same.

On the other hand, Kuldeep Yadav personally feels Dhoni should once again play for the national side as he is still fit as a fiddle. However, many cricket pundits believe it is unlikely that we will once again see Dhoni playing in the blue jersey. Yadav added that the retirement decision is Dhoni’s personal call.

“I am of course missing MS Dhoni. Whenever you play with a senior player, you become fond of them and start missing them and their presence.” Kuldeep told Sportskeeda in a chat. “As far as his retirement is concerned, it is MS Dhoni’s decision and it should be left to him. There is no point for us to debate on that. He is very fit and I personally feel he should play for India. As a fan, I absolutely love him. If he plays, it would be easier for us [India].”

Meanwhile, Kuldeep Yadav has done a great job in the white ball format. The left-arm spinner has thus far snared 104 wickets in 60 ODI matches and he has scalped 39 wickets in 20 T20I matches. Yadav has played only six Test matches in which he has taken 24 wickets. Hence, Uttar Pradesh spinner has impressed with his skills.