Home » Cricket » If my statement on Kuldeep Yadav hurt Ashwin then I am glad I made them: Ravi Shastri

If my statement on Kuldeep Yadav hurt Ashwin then I am glad I made them: Ravi Shastri 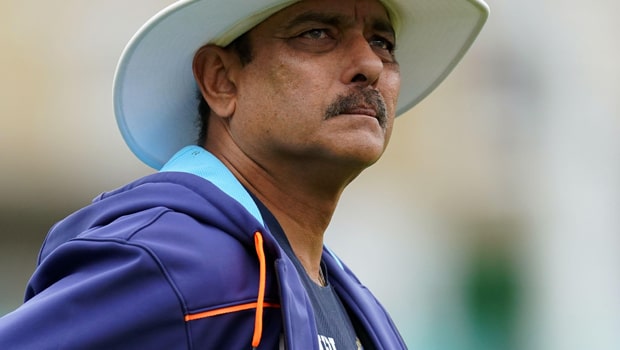 India’s veteran spinner Ravichandran Ashwin recently stated that he felt crushed when former head coach Ravi Shastri rated Kuldeep Yadav as India’s first-choice overseas spinner after chinaman’s five-wicket haul in Sydney against Australia in 2019. Shastri responded to Ashwin’s statement saying Kuldeep was preferred ahead of the off-spinner as he was bowling well.

Kuldeep had repaid the team’s management selection as he had returned with figures of 5-90 in the Sydney Test. Shastri has now stated if his statement hurt Ashwin then he is glad that he made those comments.

The former head coach who is known to not mince words added that his statement must have motivated Ashwin to work even harder and prove him wrong.

“Ashwin did not play the Test in Sydney and Kuldeep bowled well. So it’s fair I give Kuldeep a chance. If that hurt Ashwin, I am very happy. It made him do something different. My job is not to butter everyone’s toast. My job is to state facts without agenda.

“If your coach challenges you, what will you do? Go home crying and say I won’t come back. I as a player would take it as a challenge, to prove the coach wrong.

“If my statement on Kuldeep hurt Ashwin, I am glad I made that statement. It made him do something different,” Shastri told Indian Express.

Meanwhile, after his brilliant performance against Australia, Kuldeep Yadav could not continue his good form in the Test matches and thus was eventually dropped from the Test side. In fact, the leg-spinner has also been dropped from the limited-overs team.

On the other hand, Ravichandran Ashwin is India’s leading spinner in the Test matches and has scalped a total of 52 wickets in 2021, which is the most in the year. Furthermore, he snared 14 wickets against New Zealand in the two-match Test series and he was awarded the Player of the series award. Ashwin will be India’s first-choice spinner in the upcoming series against South Africa as Ravindra Jadeja is ruled out due to injury.