Home » Cricket » If Rashid Khan comes on, I will finish him – When Chris Gayle wanted to demolish SRH

If Rashid Khan comes on, I will finish him – When Chris Gayle wanted to demolish SRH 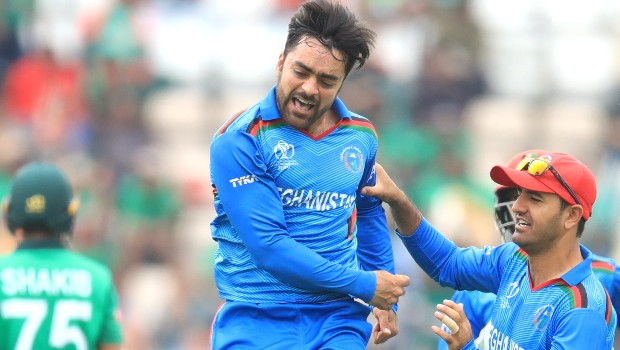 West Indies talisman batsman Chris Gayle is well known for his pyrotechnics. Gayle has the skills to obliterate the bowling line-up if he is on a roll. Kings XI Punjab new captain KL Rahul revealed an incident from IPL 2018 when Gayle wanted to attack Sunrisers Hyderabad spinner Rashid Khan.

Rahul recalled that the Universe Boss wanted to be on strike against Rashid Khan. Gayle told Rahul that if Rashid Khan comes on to bowl, he is going to finish him. The southpaw was on song that day and scored an unbeaten knock of 104 runs off just 63 balls at an outstanding strike rate of 165.08.

In fact, the left-hander scored a solitary boundary and his blistering knock had 11 sixes. There was no stopping Chris Gayle that day and he took apart Sunrisers Hyderabad, who is well known for their potent bowling unit.

What happened when three @lionsdenkxip teammates got on a video call?

“I remember one instance in 2018, he (Chris Gayle) was hungry, he was angry, and he wanted to win. We had a match against the Sunrisers, and he told me, ‘If Rashid Khan comes on, I am gonna finish him because I don’t like a spinner coming and staring me down. If he stares at me, I am going to finish him,” KL Rahul said in a conversation with Mayank Agarwal and Gayle on Open Nets with ‘Mayank’ chat show posted by IPL on their website.

“He (Gayle) said, ‘Give me the single, I want to play six balls against Rashid Khan’. And I think that’s the first time I saw Chris’ give-me-this attitude. He had a clear plan and I think he got a hundred that game,” said Rahul. “You can just tell when he is in the zone.”

As promised Chris Gayle was able to demolish Rashid Khan in that match. The combative batsman scored 42 runs off the 16 balls he faced against the leg-spinner and scored his runs at an strike rate of 262.50 against the Afghanistan bowler.

Rashid Khan has an impressive economy rate of 6.55 in the IPL but he was taken for 55 runs in his quota of four overs that day, courtesy Chris Gayle. Sunrisers Hyderabad could manage 178-4 in their 20 overs and thus KXIP won the match by 15 runs. Chris Gayle was awarded the Player of the match for his masterpiece knock.

Chris Gayle is one of the consistent performers in the IPL and he is the king of the T20 format. The pugnacious batsman has scored 4484 runs in 125 IPL matches at an impressive average of 41.14 and a whirlwind strike rate of 151.03.

Are you an aggressive cricket player? Find out now in our cricket trivia quiz!