Home » Cricket » If Rohit Sharma is fit on 10th November, then why is he not fit for the 27th? – Aakash Chopra

If Rohit Sharma is fit on 10th November, then why is he not fit for the 27th? – Aakash Chopra 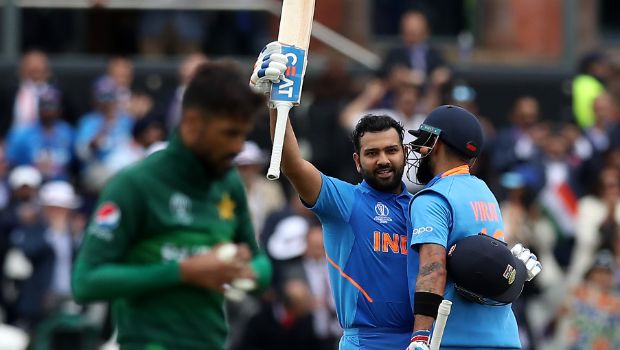 Former Indian opener Aakash Chopra is perplexed by Rohit Sharma’s exclusion from the limited overs leg against Australia, which will start with the first ODI on 27th November.

Rohit scored a fine knock of 68 runs against Delhi Capitals in the IPL final at Dubai International Cricket Stadium on Tuesday to take his team to the fifth IPL title.

Subsequently, Aakash has questioned if Rohit is fit to play for his franchise on 10th of November then why is he not fit to play for the country on 27 November. In fact, earlier Rohit Sharma was not named in any of the squads for the tour of Australia due to his hamstring injury.

However, soon after the squad announcement, Rohit was seen in the net sessions for MI, which raised ambiguity on his injury. Rohit returned back to action for the last league match against Sunrisers Hyderabad to quash any doubts over his fitness.

Subsequently, in the latest squad update, BCCI decided to add Rohit Sharma to the Test squad and decided to rest him from the limited overs series against Australia to give him more time to be fully fit. But Rohit played the last three matches for MI and he looked in fine shape.

Aakash Chopra said on his YouTube channel, “Rohit’s form is good for India and was good for the Mumbai Indians as well. But it has left a small question in my mind, I am sure you would also be thinking the same, that if he is playing on 10th November and scoring 68 runs, if he is fit and running, then why is he not fit for the 27th?”

“India’s white-ball cricket against Australia is supposed to start on the 27th. There are still 17 days to go for that. If he is carrying an injury, then what is that injury? What is the magnitude of that? What is the gravity of the situation?”

It is a bit surprising why Rohit Sharma hasn’t been selected for the limited overs team given he has proved his match fitness. India will play the first ODI against Australia on 27th November whereas the Test series will begin from December 17.