Home » Cricket » If team decides Rishabh will play, I am fine with it – Wriddhiman Saha

If team decides Rishabh will play, I am fine with it – Wriddhiman Saha 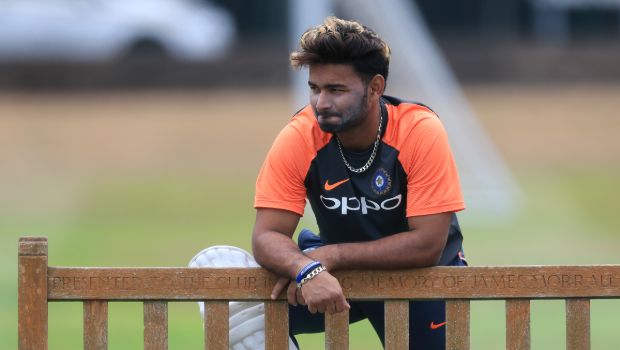 India’s Test wicket-keeper batsman Wriddhiman Saha stated he is sort of an individual who always puts the team first before self. Saha had kept the wickets in the Indian conditions in the series against South Africa. Hence, when the team went to tour New Zealand, it was expected that he will be the first choice keeper of the side.

But it wasn’t to be the case as the Indian think tank decided to play Rishabh Pant in place of Wriddhiman Saha. It was later revealed by head coach Ravi Shastri that Pant was preferred over Saha as there is hardly any help for the spinners in the New Zealand conditions. Pant went on to have a poor series with the bat as he could only muster 60 runs in the four innings at an average of 15.

Saha stated that if the team decides to play Rishabh Pant in place of him, he is fine with it. The Bengal veteran added he was not informed if Pant is first-choice keeper for foreign conditions whereas if he will be first-choice in home conditions.

Wriddhiman Saha said while talking to Sportstar, “I haven’t been informed anything personally yet. But I keep the team in front and individual choices later. If the team decides Rishabh will play, I will be fine with it as I want the team to win”.

Saha revealed that the player is generally informed before the match whether he is going to be part of the final XI or not. The gloveman added it was a tad disappointing for him as he was expecting to make the cut after playing in the home series against South Africa.

“Normally, every player gets to know the squad before the match when the batting order is decided. I got to know after going there. It is not tough because you are still part of the team. You have to go by team management decision based on the conditions but yes, inside, you feel that hopefully you will play since you played the last Test series”.
Wriddhiman Saha scored a fine knock of 64 runs in the final of the Ranji Trophy but it went in vain as Bengal lost against Saurashtra on the basis of first innings lead. The experienced campaigner had also affected a brilliant stumping in the first innings to dismiss Saurashtra’s centurion Arpit Vasavada.

There is no doubt that Saha is currently the best keeper for the Indian team and it must have been hard for him to warm the benches on the New Zealand tour. India will tour Australia for the Test series later in the year and Saha will hope that he gets his chances on the tour Down Under.