If the ball is going straight, it’s a pretty boring contest – Mitchell Starc on Saliva ban 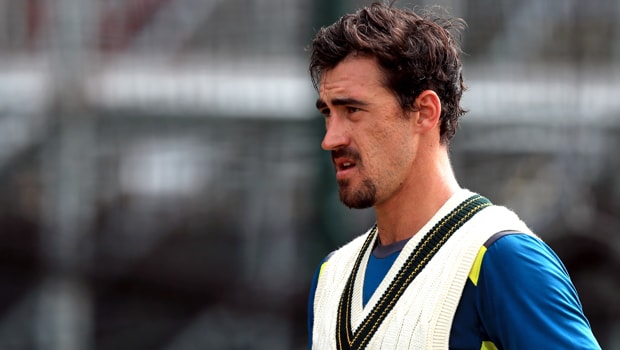 Australia’s gun pacer Mitchell Starc has joined the long list of players who thinks that the saliva ban is going to tilt the game in batsman’s favour. ICC Cricket Committee recently recommended the players will not be able to use saliva to shine the ball once they return to professional cricket during the Covid-19 era.

However, the players will be permitted to use their sweat to shine the ball. This is done to keep the risks at bay however Anil Kumble who leads the committee has confirmed that it is only an interim measure.

Meanwhile, Mitchell Starc believes that the ICC should come up with something else to make it an even contest between bat and ball. Starc added that it will be a boring contest if the ball goes straight as no swing would be there. The lanky pacer stated that the youngsters will not want to become bowlers if there is no help with the swing.

It is well known that the usage of saliva plays a key role in the success of the bowlers. The saliva helps in maintaining shine on one side of the ball, which eventually helps in conventional and reverse swing. If the players can not use saliva on the ball then there will be lesser chances of any swing to trouble the batsman.

“We don’t want to lose that or make it less even, so there needs to be something in place to keep that ball swinging,” Starc told reporters during an online press conference.

“Otherwise people aren’t going to be watching it and kids aren’t going to want to be bowlers. In Australia in the last couple of years we’ve had some pretty flat wickets, and if that ball’s going straight it’s a pretty boring contest,” he added.

Starc’s fast bowling colleague, Pat Cummins had also spoken on the same lines recently. On the other hand, Josh Hazlewood had said that saliva ban will be hard to police.

The saliva ban will definitely make the bowler’s life difficult and they would need something to work in their favour. The ICC or the cricket boards can make the pitches more livelier and they should assist the bowlers, as suggested by Irfan Pathan.

Shane Warne has said that one side of the ball could be made heavier and thus there will be swing for the bowlers. Harbhajan Singh feels two new balls can be used for 50 overs each.

On the other hand, Mitchell Starc has hinted that he might reconsider playing in the IPL if it is rescheduled. Furthermore, Starc doesn’t have any issues with Australian players preferring IPL over domestic season as they are pre-existing contracts with the franchises.