Home » Cricket » If Virat Kohli can play as long as Sachin Tendulkar, he can score 100 centuries – Irfan Pathan

If Virat Kohli can play as long as Sachin Tendulkar, he can score 100 centuries – Irfan Pathan 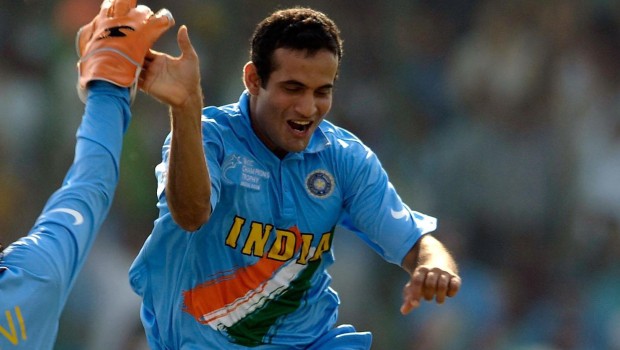 Former Indian all-rounder Irfan Pathan believes Virat Kohli can score 100 centuries in International career if he is able to play as long as Sachin Tendulkar did. Sachin’s career lasted for 24 years as he made his debut at the age of 16 years. The former legendary batsman was able to keep the injuries at bay (except the tennis elbow) as he played continuously for the national side.

Sachin holds the record for 100 centuries as the Master Blaster scored 49 ODI centuries and 51 Test centuries in his illustrious career. On the other hand, Virat Kohli has already scored 70 International centuries out of which 43 have come in ODI format whereas 27 have come in the Test fold. Kohli is at the third place in the list of highest century makers with Ricky Ponting occupying the second place with 71 centuries.

Meanwhile, Virat Kohli is the fittest cricketer in the world and he is expected to play at the International level for another six years. Kohli is 31 years old and he is at the peak of powers as he has been consistent in all the three forms of the game.

There is no doubt that Kohli can leapfrog Sachin Tendulkar’s record if he keeps going at the same rate. However, the Indian captain has to make sure he remains injury free.

“I wish but it is difficult. In ODI’s it is possible but 100 hundreds is not easy. It depends on his fitness and longevity, if Virat can play as long as Sachin did then he might be able to achieve it,” Irfan said during a live chat on Sports Tak.

Meanwhile, Virat Kohli is yet to score a century in the T20I format and his best score is 94 runs. Kohli would like to continue his sublime form going and he can definitely go past his idol if he keeps churning out the runs in the same manner.

In fact, Kohli knows how to build his innings and it is difficult for the opposition to dismiss him once he gets settled. Furthermore, Kohli hardly hits the ball in the air even in the white-ball formats, which makes it harder to get rid of him.