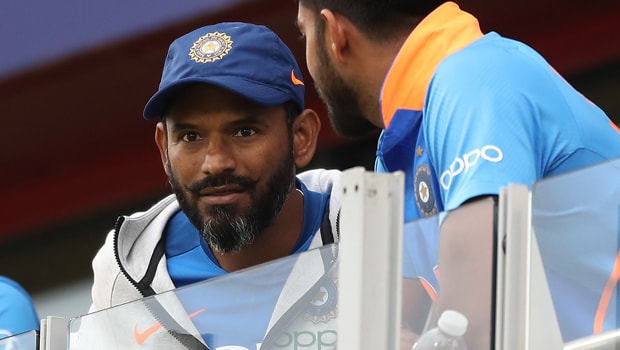 The Indian captain Virat Kohli is well known for his competitiveness. Kohli likes to give his all on the field and he also trains the same way. The talisman’s hunger to improve and give his best is insatiable. There are no double thoughts in Kohli’s mind and he always likes to go all out against the opposition.

Kohli takes pride in his efforts and in fact he also pushes the players to play at his level. The right-hander is one of the fittest players in the world and there is no back step in his theory. Kohli has worked hard on his fitness and he has been able to reap the fruits. There is no doubt that Kohli will never be at his best if he is not able to give his 120%, both in the practice and on the field.

India’s fielding coach R Sridhar feels Kohli can’t play the game if he isn’t going to give more than cent percent. There are no compromises and it is well known that he plays with a lot of passion and heart.

Kohli brings a different intensity to the table and it is not in him to wave a white flag. The Indian captain has a clear vision and he wants to give his all, everytime he represents the country.

“For Virat, it’s a non-negotiable. A slow mover on the field or someone, not giving his 100% on the field, that’s it, non-negotiable with him. And that kind of intensity is what he produces, and for a youngster if he just watches it, it should spur him on. He has made it mandatory for every fielder, not now, I am talking about 2015 which was his first series as the full-time captain in Sri Lanka, the first thing he said was – no optional sessions in fielding,” R Sridhar said while talking to Fan Code.

R Sridhar also recalled an instance when Virat Kohli dived for the ball as if his life depended on saving it from going to the boundary. In fact, that match against Sri Lanka in 2017 was heading towards the draw and he went on to save that boundary.

Virat Kohli has played a key role in improving the fitness as well as fielding skills of the team. Kohli pushes the limits and the same then rubs on to the shoulders of his teammates. There is no doubt that Kohli will look to give his best till the day he is playing the sport.

The Yo-Yo Test is also made compulsory for all the players and the ones who don’t clear are dropped from the national side.