Home » Cricket » If you think Virat Kohli is good to watch, have a look at Babar Azam – Tom Moody

If you think Virat Kohli is good to watch, have a look at Babar Azam – Tom Moody 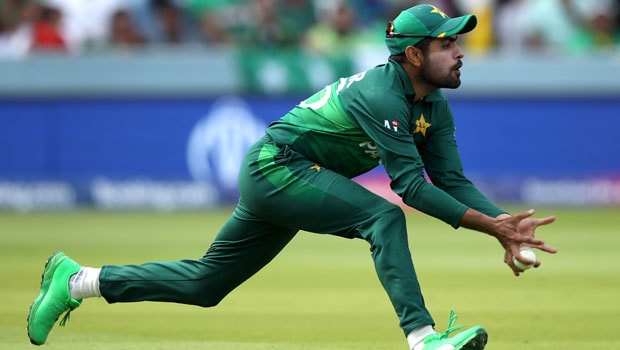 Meanwhile, Babar Azam has done a great job for the Pakistan team. The talented batsman has come up with consistent performances in all the three forms of the game. Tom Moody believes the prodigy batsman will be amongst the top five batsmen of the next decade.

There is no doubt that the right-hander has got all the skills to be the best player in the world. However, the flamboyant batsman has just started his journey and he has to go a long way.

“He [Babar] has emerged over the last year or so into something that is going to be so special. We talked about how Virat Kohli is so good on the eye as a batsman. If you think Virat Kohli is good to watch, have a look at Babar Azam bat. My gosh, he is something special. I think in the next five to ten years, he will definitely be in your top five [batsmen of the decade] without a question,” Moody was quoted as saying by Cricket Pakistan.

Azam has a solid game and he is touted to be the next big thing in Pakistan cricket. In fact, Babar has even leapfrogged Kohli in some of the records. Azam had completed 1000, 2000 and 3000 ODI runs in 21, 45 and 68 innings respectively. On the other hand, Kohli was able to achieve the same feat in 24, 53 and 78 innings respectively.

On the other hand, Babar Azam has played only 26 Test matches. Moody, former SRH coach, believes it is difficult to put the right-hander into the top-five batsmen as his batting position has been continuously changed by the team management.

“Even though he [Babar] has played 26 matches but in half of those matches he was not considered even part of the main batting line-up for Pakistan. He was the after-thought down the order. I think at the moment, it is very hard to justify him at that position given his statistics,”  he said.