Home » Cricket » In a run-chase, Virat Kohli is only interested in the target – Nasser Hussain

In a run-chase, Virat Kohli is only interested in the target – Nasser Hussain 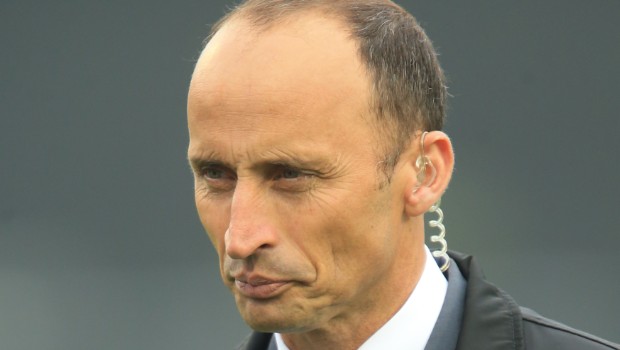 Former England captain Nasser Hussain has heaped praise on India talisman, Virat Kohli. Hussain stated that if he has to pick one batsman for a run-chase, he would pick Virat Kohli. The Indian skipper has a tremendous record while chasing the target. Kohli has already scored 43 centuries in the ODI format out of which 26 have come in the second innings.

Hussain added that Kohli is only interested in the target when he is batting in the second innings. The right-hander knows how to plan a run-chase and he is brilliant while going after the target.

Kohli mostly gets his team over the line if he gets settled at the crease and he wants to finish the matches himself. The talisman generally bats at the top of his game and his record in the second innings is immaculate.

“If you ask me to name one person I want in a run chase in white-ball cricket, it would be Kohli because he sees that winning target and that’s all he’s interested in. So, he’s his own man, he’s got better at certain things or still certain areas I’d like to see Kohli improve on,” Hussain said on the Cricket Connected Show on Star Sports.

Virat Kohli has scored 11867 runs in 248 ODI matches at an impressive average of 59.34. Kohli is already a modern-day great in the 50-overs format and his record speaks for himself. The right-hander gets the best out of himself in the second innings and he keeps getting better with every match.

Kohli hardly takes any risk in the initial stages of his innings and once he gets settled, it is difficult to dismiss him as he hardly has any chunk in his armour. The right-hander is known to back his game and he is always confident in his abilities to get the team over the finishing line. Furthermore, Kohli knows which bowlers he should attack and which ones he should be wary of, while chasing the target.