Home » Cricket » IND v ENG | Ajinkya Rahane is our most important Test batsman and he will continue to be: Virat Kohli

IND v ENG | Ajinkya Rahane is our most important Test batsman and he will continue to be: Virat Kohli 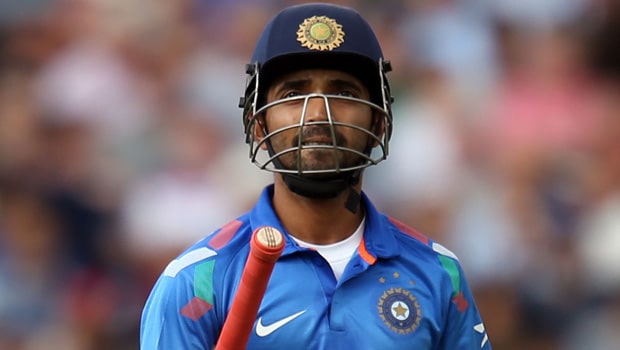 Ajinkya Rahane didn’t have the best outing in the first Test of the four-match series against England in Chennai. He returned with scores of 1 and 0 in the two innings and thus his struggle was one of the major reasons behind India’s batting failure in the match, which they lost by a massive margin of 227 runs.

However, Indian skipper Virat Kohli came out in full support of Rahane in the post-match press conference. He appeared a bit miffed before clearing out things about Rahane, on being asked by a reporter.

“Look, if you’re trying to dig something out, you’re not going to get anything because there is nothing,” Kohli said.

“Ajinkya, and I’ve said this many a time in the past as well, that along with Pujara, he is our most important Test batsman and he’s going to continue to be. We believe in his abilities; we have believed in his abilities for a long time. He’s an impact player. If you talk about the MCG Test, he stood up and scored a hundred there when the team wanted it most.”

Rahane has scores of 27*, 22, 4, 37, 24, 1 and 0 since his century against Australia in the second Test of that series in Melbourne. Rahane’s dismissal in the first innings against England was a bit unfortunate as Joe Root plucked out a brilliant catch to send him back to the pavilion. However, he appeared all at sea against James Anderson in the second innings as the English bowler sent his stumps flying in the second innings with an excellent delivery.

Kohli, though, said that failure in one Test match shouldn’t determine whether a batsman is in form.

“You can look at the number of innings and what happens from there on, but the reality of the situation is we won the series in Australia,” Kohli added.

“Here’s it’s just one Test, two innings. Today, you can put that innings aside but in the first innings, he wanted to score a boundary. It was a brilliant catch from Joe that got rid of him. So if that goes to the boundary and he gets runs, we would not have been having this conversation. There are absolutely no issues, everyone is playing really well.”