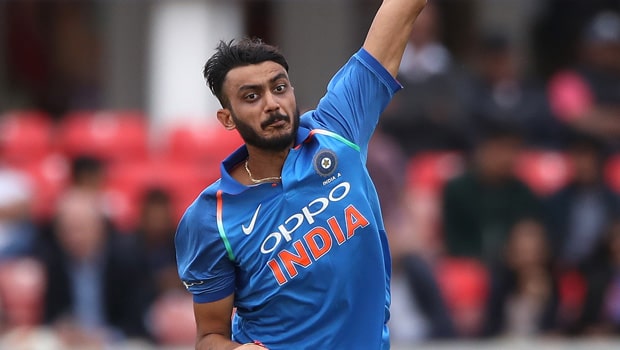 The Board of Control for Cricket in India (BCCI), on Thursday, declared Axar Patel fit to play and available for selection in the second Test between India and England starting in Chennai on Saturday.

The 27-year-old was in line to make his Test debut in the first Test of the series but a last minute knee-injury put him out of contention. He is fit now and looks in great rhythm in the nets. As a result of his availability, Shahbaz Nadeem, who replaced him to play in the first Test, has been put back in the reserves once again. Leg-spinner Rahul Chahar is another bowler who has been put back into the reserves.

“Axar Patel has recovered completely and is now available for selection for the 2nd Paytm Test in Chennai against England to be played from Saturday, 13th February. The all-rounder had complained of pain in his left knee and was ruled out of the first Test,” BCCI said in a release.

The all-rounder will now make his debut in the second Test in Chennai. He has already played 38 ODIs and 11 T20Is for India.

With Axar injured, India decided to go with Nadeem in the first Test ahead of Kuldeep Yadav. Skipper Virat Kohli said in the post-match conference that he had no regrets with that decision as Nadeem was picked with the idea of bringing variety to the bowling attack. However, Nadeem didn’t have that good an outing as he lacked control and was a bit expensive as compared to the other Indian bowlers. He bowled many no-balls as well and that didn’t turn out well for the Jharkhand spinner.

“The All-India Senior Selection Committee have now withdrawn Shahbaz Nadeem and Rahul Chahar from the main squad and added the duo back to the group of standby players,” the release further added.