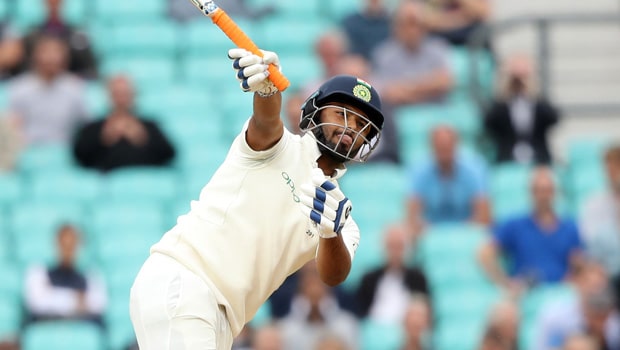 Ace Indian spinner Ravichandran Ashwin suggested on Sunday that his teammate Rishabh Pant should be given a break from constant comparisons with former greats of the game.

Pant scored yet another impressive half-century on Day 2 of the second Test between India and England going on in Chennai. He got praised a lot for his Wicket-Keeping as well, which was neat and tidy.

When asked about Pant’s performance in the match in the virtual press-conference after stumps, Ashwin said that people need to stop comparing him with former greats of the game and let him play his own natural game.

“He was constantly compared with the great M S Dhoni for a long time. Now he gets compared for his wicket-keeping with (Wriddhiman) Saha, this that and all that, sometimes it’s just better to give a break and let people build on confidence,” Ashwin said.

“With respect to Rishabh’s keeping, the name of the game is confidence right, he has been batting well, he has been working incredibly hard on his keeping as well,” Ashwin continued.

‘And sometimes, when you are constantly being compared to someone who has done well for years, it can be really hard, I really do feel for Rishabh, on a lot occasions, when I am watching games from home where he is playing the white-ball format.

‘He has definitely got the ability, that is why he is here and I have no doubt he will go from strength to strength.’

Even Pant is tired of the constant comparisons. He played a key role in India’s series win Down Under with his knocks of 97 and 89* at the SCG and Brisbane respectively. He said that he is flattered with his comparisons with MS Dhoni but he prefers to carve his own identity in the game.

With his knock of 58* on Day 2, Pant notched up his fourth Test fifty at home and he has played only four matches in home conditions till now. He has batted in five innings at home overall and his scores Read 92, 92, 91, 11 and 57*. That means he has a massive average of 86 at home, which is the best among Indian wicket-keepers.