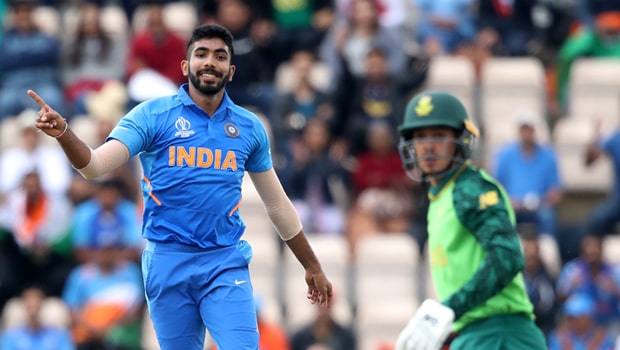 The three-match T20I series between India and South Africa will kick-off with the first T20I at Dharamsala on Sunday. Both teams have named pretty strong squads which boast of some quality players. India might have the home advantage but many of the South African players have rich experience of playing in these conditions as well. As they lock horns in the first T20I, the fate of the match will be decided by the performance of some key players. Let’s have a look at them.

Rohit Sharma: The 32-year-old scored a century the last time these two sides locked horns in a T20I match at this venue. Moreover, he has a very good T20I record against the Proteas. His average of 37.88 is the third best among batsmen who have played at least five innings against South Africa and his tally of 341 runs is also the second best. He has two fifties to go along with his century too and that makes him the player with the joint-most number of fifty-plus scores against the Proteas in T20Is once again.

Jasprit Bumrah: Facing this Indian speedster is like a nightmare for batsmen. He can notch up rapid pace and can also go on to bowl bamboozling slower deliveries. And if that is not enough, his lethal yorkers are capable of crushing the batsmen’s toes as well. His tally of 51 wickets in 42 T20Is at an excellent strike-rate and economy rate of 18 and 6.71 respectively suggest how good a bowler he is.

Quinton de Kock: The wicketkeeper-batsman has been assigned the responsibility of leading South Africa in this series. He has a rich experience of playing in these conditions and has scored over 500 runs at an average of 35.26 during the Indian T20 League earlier this year. If these numbers are anything to go by, de Kock should go on to have a good outing this time as well.

Kagiso Rabada: He is another South African player who knows these conditions well. Rabada has been playing in the Indian T20 League for three years now and that makes him well versed with the technique of bowling in these conditions once again. His tally of 25 wickets in 12 matches of the Indian T20 League this year, that too, at a scintillating average and strike-rate of 14.72 and 11.28 respectively, suggest how well he has mastered the art of bowling here. Moreover, if his T20I numbers–94 wickets in 69 matches at a strike-rate and economy rate of 15.9 and 7.56 respectively–are anything to go by, it is safe to say that he would be one of the highest wicket-takers at the end of this series.