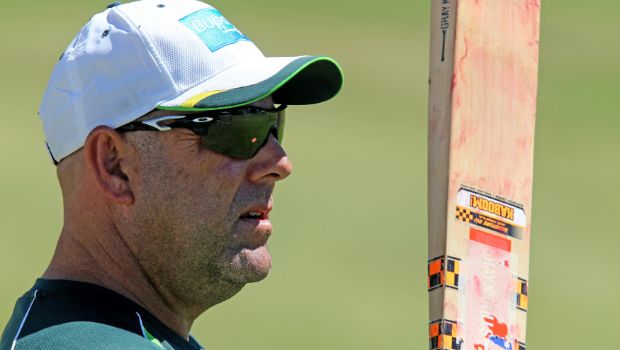 With experienced Nathan Lyon picking himself, the fight for the second spot will be between Ashton Agar, Mitchell Swepson, and Todd Murphy. Australia won their last series in India back in 2004 and they will have to come up with a collective show to get the better of a potent Indian team.

In fact, India bested Australia on their last two tours of Australia by 2-1. Furthermore, India had won by 2-1 when Australia last toured India back in 2017.

Meanwhile, it is well known that the spinners play a key role in the success of the team in Indian conditions. Lehmann is more inclined to play a finger spinner in India.

“Having said that, Shane Warne, even though his record wasn’t as good over there, last time (we won) he was the leg spinner (alongside) three quicks. It’s not all that bad playing a leg spinner there.”

“I can’t believe there was talk of him (Swepson) not going, talk about balance of the side, if you get to pick 18 players, you want a pretty balanced squad.

“Most of the time we only take 15 over there. They’ve got the extra spinners, there’s plenty of options, there’s no tour game, so they’ll work out the best option to win over there I’m sure.

“It does look like a pretty good squad. If it suits to play the leg spinner as the second spinner, then good on him.”

Meanwhile, Steve O’Keefe took 12 wickets in the opening Test match in 2017 in Pune as Australia won by a massive margin. Lehmann backed Ashton Agar to deliver for the visitors.

“That’s probably why they’re looking at a finger spinner. We certainly did that four years ago and Steve O’Keefe bowled India out basically on his own in one of the last Test matches to win there, that’s why I’d be looking at someone like an Agar, bat a little bit, bowl as that second spinner.”

The first Test match between India and Australia will be played in Nagpur from February 9.