Home » Cricket » IND vs BAN, 2nd Test: Key players to watch out for

IND vs BAN, 2nd Test: Key players to watch out for 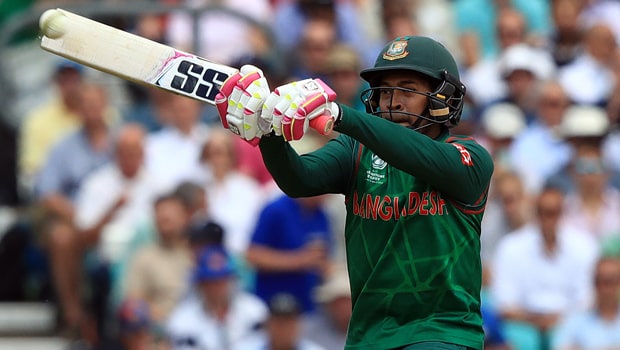 As India and Bangladesh gear up to play their maiden pink-ball Test at Kolkata starting on Friday, let us have a look at some key players from both sides who could be expected to have a major impact on the game.

Mayank Agarwal: The Indian opener has been in scintillating form ever-since he made his debut last year. He scored a double ton, an innings of 243 runs, in the previous match at Indore and has a total of 858 runs from his eight Tests at a terrific average of 71.50. Moreover, he has three 100+ scores in his last five innings and that sums up the kind of form he is in.

Mushfiqur Rahim: He was the highest scorer for Bangladesh in both of the innings of the first Test at Indore. Rahim tried his best to dig Bangladesh out of trouble with scores of 43 and 64 in the two innings, and his performances were the only positive in what was a dismal batting performance from Bangladesh otherwise. The wicketkeeper-batsman is now averaging 55.50 in Tests against India with a total tally of 444 runs to his name.

In all readiness 🔥🔥🔥
The lethal trio are ready for the #PinkBallTest – Are you? 😉😉 #TeamIndia #INDvBAN pic.twitter.com/8oP0rIvm7K

Mohammed Shami: The Indian pacer is the third highest wicket-taker this year with 31 scalps to his name at an excellent average of 15.22. He is coming into this match on the back of two excellent spells of 3 for 27 and 4 for 31 in the first Test at Indore. Shami has been bowling with good rhythm and looks all set to leave his mark with the pink ball as well.

Mehidy Hasan: The spin-bowling all-rounder is a crucial part of Bangladesh’s jigsaw. He scored a duck in the first innings at Indore but picked his performances up as he claimed a wicket and scored 38 runs in the second innings later on. Hasan’s all-round credentials in Tests are well known as he has two fifties to his name along with a total of 90 wìckets, which include seven five-wicket hauls as well.