IND vs BAN: Deepak Chahar enters record-books with a breathtaking spell at Nagpur 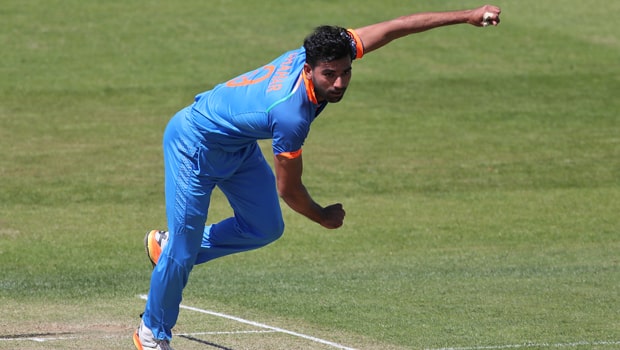 Indian pacer Deepak Chahar on Sunday registered the best-ever bowling figures in Men’s T20Is when he returned with a spell of 3.2-0-7-6 in the series decider of the three-match T20I series against Bangladesh at Nagpur.

Previously, it was Sri Lankan spinner Ajantha Mendis who held the record with his figures of 6 for 8 which came against Zimbabwe way back in 2012.

The 27-year-old also became the first Indian bowler to take a hat-trick in men’s T20Is during his outing in the match. Chahar picked up the wickets of Shafiul Islam, Mustafizur Rahman and Aminul Islam on the last ball of the 18th over and the first two deliveries of the 20th over respectively to claim the hat-trick and wrap up Bangladesh’s innings.

In fact, Chahar had a chance of getting to his hat-trick earlier in the innings as well. He had dismissed Liton Das and Soumya Sarkar on back-to-back deliveries of his first over, which was also the third over of the Bangladeshi innings. But Mohammad Mithun had successfully dealt with his hat-trick ball back then. Mithun had ultimately become Chahar’s victim only when he miscued a lofted shot off a slower delivery from the Agra-born pacer on the last delivery of the 13th over of the innings.

Bangladesh were cruising to the target until that moment. They were on a score of 106/2 after 12 overs. But Mithun’s dismissal by Chahar completely changed the complexion of the game as Bangladesh went on to lose the next seven wickets for just 34 runs. Indis won the match eventually by 30 runs and, thus, completed a thrilling series victory by a 2-1 scoreline.