IND vs BAN: Pacers record most wickets in a two-match Test series on Indian soil 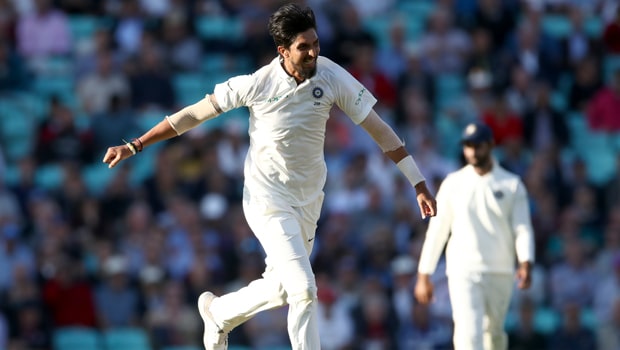 India completely whitewashed Bangladesh in the recently concluded two-match Test series as they won both the matches by huge margins. They won the first Test at Indore by a margin of an innings and 130 runs and followed that up with another victory by an innings and 46 runs in the Day/Night Test at Kolkata. And the pacers played a pivotal role in this comprehensive victory for the Indian team.

The trio of Ishant Sharma, Mohammed Shami and Umesh Yadav accounted for a total of 33 wickets during the two matches, which amounts to more than 80 per cent of the Bangladeshi wickets to fall in the series. That sums up how they dominated the proceedings. Such was the level of their lethality that India didn’t even need to bat twice in any of the two matches. They won them both the matches almost single-handedly.

Although the performance of the Bangladeshi batsmen was very poor, their pacers did a decent job as well. They picked up 13 wickets during the two innings, which amounts to more than 85 per cent of the total Indian wickets to fall as well.

Now, if the total number of wickets claimed by pacers from both the sides is taken into account, their tally of 46 wickets, which came at a superb average of 20.02, is the most recorded by fast bowlers during a two-match Test series on Indian soil. The list of the next best performances by pacers during two-match series in India are as follows: