Home » Cricket » Ind vs Eng 2021: Aakash Chopra names the England bowler India should be cautious of

Ind vs Eng 2021: Aakash Chopra names the England bowler India should be cautious of 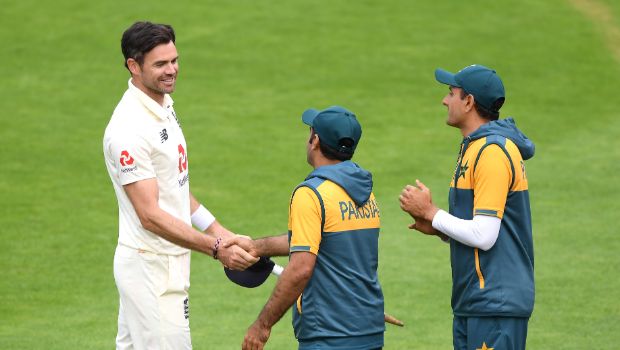 Chopra noted that Anderson might not be at the peak of his career at the age of 38 years but he has the brain to pick up the wickets.

The commentator feels the Indian batsmen must commit themselves on the front foot while facing Anderson and they should carefully notice his seam position. Anderson is the most successful fast bowler in the world as he has scalped 606 wickets in the Test fold. Thus, the veteran fast bowler has all the experience under his belt as he has played 158 Test matches.

On the other hand, Anderson had a decent tour of Sri Lanka as he scalped six wickets in the solitary Test match he played in the two-match Test series. Anderson doesn’t have a great record in the sub-continent conditions but he can trouble the Indian batsman by making the most of his experience.

“The Indian batsmen should not take James Anderson lightly. He may not have the pace and penetration that he used to have in 2012 but he has the ability and the brains to take wickets. The Indian batsmen will have to watch the seam closely and commit themselves on the front foot,” said Chopra in his latest video.

Anderson mostly bowls in the good length area and he can trouble the opposition batsmen with his swing and seam. Chopra feels that the Indian batsman must stand outside the crease while facing the experienced fast bowler.

“You will have to believe that all balls will be pitched up where you will have to come on the front foot. He will not let the batsmen leave the balls in these conditions and make them play. I will say that you should stand outside the crease when James Anderson bowls so that you force him to bowl short because he does not have the pace to push you back by bowling bouncers,” said Chopra.

England are 67-2 on Lunch on the opening day after their skipper Joe Root won the toss and decided to bat first at the MA Chidambaram Stadium, Chennai.