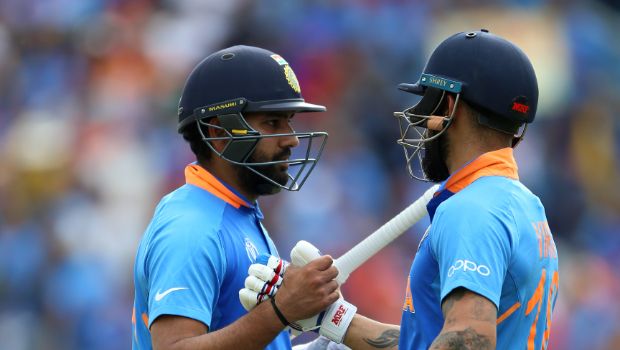 Chopra picked Ravichandran Ashwin, Rohit Sharma, and Virat Kohli from the Indian team whereas he selected Joe Root and Stuart from the visitors’ side.

Ravichandran Ashwin looked in decent form in the recently concluded Border-Gavaskar series. Ashwin scalped 12 wickets in the three-Test matches and breathed down the neck of Steve Smith in the first two Test matches. The off-spinner has scalped 377 wickets in his Test career and he has an impeccable record in the Indian conditions.

Chopra picked Rohit Sharma as his second player. Sharma looked in fine form in the last two Test matches against Australia, albeit he wasn’t able to convert his starts into substantial scores. The right-hander has grabbed his opportunity of opening the innings in Test matches and he will look to score big against England in the home conditions.

The renowned commentator picked Virat Kohli as his third Indian player. Kohli will be returning to the squad after missing the last three Test matches against Australia. The talisman will be hungry to score big runs for his team after being away from the game for some time. The Indian captain had scored 655 runs in five Test matches against the English team when they had visited back in 2016.

On the other hand, Chopra picked Joe Root as his fourth player, who can define the series. The England captain is in sublime form and he is going to hold the key for the tourists. The right-hander had amassed 426 runs in two Test matches against Sri Lanka and he will look to replicate the same kind of performances against the potent Indian team.

Stuart Broad was Chopra’s last pick. Broad has all the experience under his belt and he will look to deliver the goods for the visitors. The lanky pacer doesn’t have a great record in the Indian conditions but he will aim to turn the tables in the upcoming series.