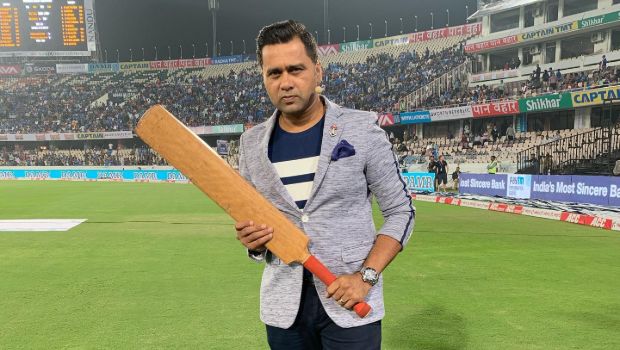 Chopra picked Shubman Gill and Rohit Sharma as the openers whereas he left out Mayank Agarwal, who had an ordinary tour of Australia. Gill was able to impress and scored 259 runs in the three matches he played Down Under. Rohit Sharma also looked in decent form as he got off to starts in almost all the innings against Australia.

Cheteshwar Pujara, who has been the rock of India’s batting order, bats at number three for the renowned commentator. India’s captain Virat Kohli gets back into the team after missing the last three Test matches against Australia and he will bat at number four.

Ajinkya Rahane, who led the team from the front against Australia, takes the number fifth place in the batting order. Rishabh Pant, who played a career-defining knock in the fourth Test match at the Gabba, Brisbane will keep the wickets for Aakash Chopra while there is no place for Wriddhiman Saha in the playing XI.

Chopra picked three spinners in the side as Washington Sundar, Kuldeep Yadav and Ravichandran Ashwin make the cut. Sundar made an impressive debut against Australia as he scalped four wickets and returned with scores of 62 and 22 in the fourth Test match.

Kuldeep was a bit unlucky to miss out in the series against Australia but he is expected to get his chances against England. Ravichandran Ashwin looked in prime form on the Tour Down Under as he scalped 12 wickets in the three-Test matches.

Jasprit Bumrah and Ishant Sharma are Chopra’s two seamers. Bumrah had missed the last Test match against Australia due to abdominal strain and snared 11 wickets in three Test matches. Ishant will get back into the team after recovering from his injury.