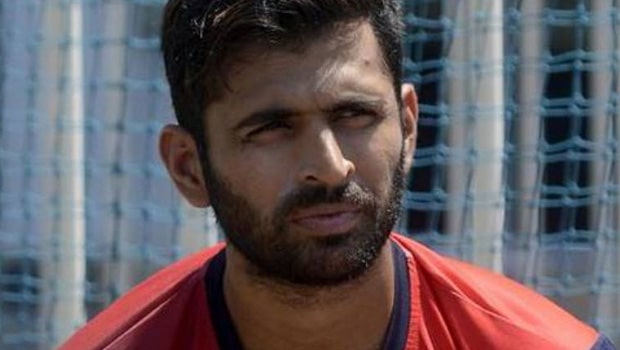 Mumbai’s former all-rounder Abhishek Nayar has shed light on Rohit Sharma’s technique against the England spinners. The opener is the most successful Indian batsmen in the ongoing series against England as he has amassed 296 runs in three Test matches at an impressive average of 59.20.

Rohit had scored a fine knock of 161 runs in the first innings of the second Test and thus laid down the foundation of a par score of 329 runs. The talisman batted wonderfully on the opening day and added 162 runs with vice-captain Ajinkya Rahane.

Subsequently, Rohit scored a crucial knock of 66 runs in the first essay of the third Test at Ahmedabad and helped his team in getting to 145 runs. Rohit then scored an unbeaten 25 runs to take his team to the target of 49 runs.

Nayar added Rohit has been brought up on challenging spin-friendly wickets and thus he is able to counter the English spinners. Rohit was able to make the most of the sweep shot and played the England spinners with aplomb.

“Any cricketer in Mumbai has to counter tough conditions while batting in local cricket. As a youngster, Rohit has played on wickets with red soil, on which the ball spins like a top, and in the Kanga league, where spinners become even more dangerous since both the wicket and the ball are wet, and the ball skids,” Abhishek Nayar told TOI.

“Like it happened in Ahmedabad, you don’t know if the ball would stop and come, come straight or turn. If you see his sweep shot, it’s a very natural, ‘Mumbaiya shot,’ since the sweep comes handy while playing in turning conditions. This is why most Mumbai batsmen, for example Shreyas Iyer, are very good players of spin bowling.”

Rohit has done a fine job and he has delivered the goods against the spinners. The opener has scored 1087 runs at an average of 60.38, including four centuries since December 2018. It is known that the Indian batsmen are great players of spin as they have played on the spin-friendly pitches all their life and Rohit Sharma has been the standout batsman in this series.

Rohit has been quick to read the length of the spinners and he has done a fine job in either getting to the pitch of the ball or going back in the crease. The fourth Test match will be played at the Narendra Modi Stadium, Ahmedabad from March 4.