Home » Cricket » Ind vs Eng 2021: Ajinkya Rahane has to raise his game, there are no two ways about it – Deep Dasgupta

Ind vs Eng 2021: Ajinkya Rahane has to raise his game, there are no two ways about it – Deep Dasgupta 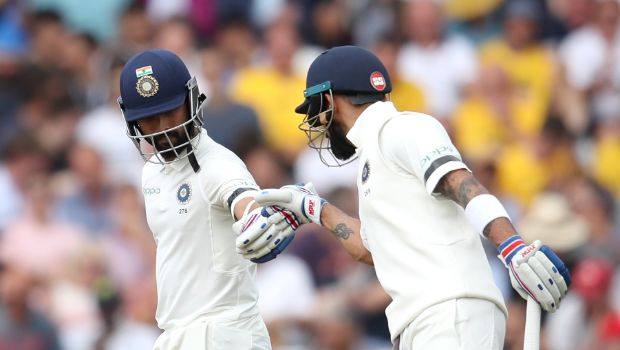 Former Indian wicket-keeper batsman and now a commentator Deep Dasgupta has opined that vice-captain Ajinkya Rahane has to raise his game and there are no two ways about it.

Since scoring a magnificent hundred at the Melbourne Cricket Ground against Australia in the second Test match, Rahane hasn’t had a great run with the bat.

After his hundred in Melbourne his scores read as – 27*, 22, 4, 37, 24, 1 & 0. He has got off to starts but he has failed to convert them into substantial scores. Rahane’s overseas average is more than his home average, which is rare. The flamboyant batsman is currently averaging 41.8 in the Test fold and there is no doubt that he is a better batsman than these numbers suggest.

Consequently, Rahane needs to be more consistent with his batting, especially in the known home conditions.

“Ajinkya Rahane has to raise his game; there are no two ways about it. He’s got that hundred (Boxing Day Test vs Australia last year) even apart from that his average was in the 30s despite that knock. You would want your top order (to contribute), and it was the first innings (where India lost the game). At the end of the day, it was the 1st innings where you should have scored more runs.” Dasgupta said on Sports Today.

Rahane is a quality batsman and he will look to deliver the goods for the team. The right-hander didn’t have the rub of the green on his side as England captain Joe Root took a fantastic catch to dismiss him in the first innings. In the second innings, James Anderson got the ball to reverse back into the right-hander and clean bowled Rahane.

On the other hand, the Indian captain Virat Kohli put his weight behind his deputy and stated that along with Pujara, Rahane is the most important Test batsman for the team.

“If you’re trying to dig something out, you’re not going to get anything because there is nothing. Ajinkya and I’ve said this many a time in the past as well, that along with Pujara, he is our most important Test batsman, and he’s going to continue to be. We believe in his abilities; we have believed in his abilities for a long time. He’s an impact player,” said Virat Kohli in a press conference.

Rahane will look to bounce back with the bat and deliver in the second Test match, which will begin on 13 February at the MA Chidambaram Stadium, Chennai.