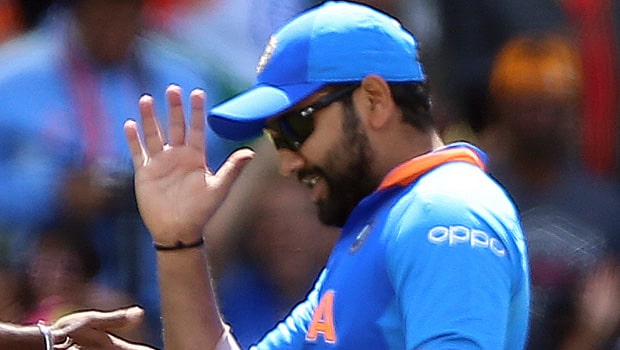 England former captain Alastair Cook has compared Rohit Sharma with former Indian swashbuckling batsman Virender Sehwag. Rohit scored a magnificent knock of 161 runs in the first innings of the ongoing second Test match. The talisman batted at the top of his game and laid down the foundation for the Indian team.

Rohit hadn’t scored a hundred in his last nine Test innings and the team wanted a big score from him. The Indian opener was able to deliver on the difficult pitch where almost everyone has struggled to get going.

Rohit was getting off to starts in the previous matches but he wasn’t able to convert them into substantial scores. However, Rohit made sure that he got the team into a good position and played his natural attacking game.

Alastair Cook said while talking to BBC Test match special, “He’s a little bit more attacking than I was. He is not quite Sehwag in terms of that kind of attack he (Sehwag) is probably is one of the most attacking and successful opening batsmen. Rohit is probably in the next tier of aggressiveness, but he looked so controlled. In that innings, he wanted to attack when he wanted; everything looked quite controlled”.

Rohit has grabbed the Test opening opportunity like fish to water and he has delivered the goods while batting in the top order. Cook added that Rohit is here to stay in the Test fold.

“He is here to stay for a while. They like having him in the squad, and he is in the team for that all-round package — Clearly his runs and the manner he gets his runs, if he gets in, he is going to do what he has done today (more often),” Cook added.

On the other hand, Cook believes that the outside off-stump line is Rohit’s, Achilles Heel. Rohit could only return with scores of 6 and 12 in the first Test match but he was able to deliver the goods in the second Test match.

“The only obvious issue with Rohit is that line outside the off-stump, the way he got out in the first innings of the 1st Test match. His record away from home isn’t great. That’s where you need to target him, but obviously, this pitch doesn’t have that pace,” Alastair Cook told BBC’s Test Match Special Podcast.

The second Test match pitch is a difficult one as it is a bunsen but Rohit looked at ease after he got settled. The right-hander was quick to punish the loose balls and played a fine knock. Courtesy Rohit’s 161, India was able to post a par score of 329 runs.