Home » Cricket » Ind vs Eng 2021: Any side in the world would miss not having Joe Root – Jonny Bairstow

Ind vs Eng 2021: Any side in the world would miss not having Joe Root – Jonny Bairstow 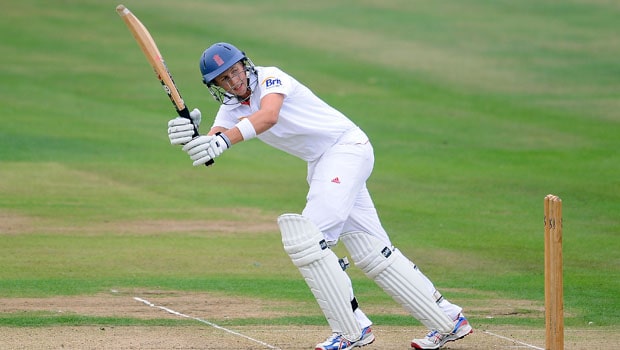 England’s experienced batsman Jonny Bairstow has opined that any side in the world would miss not having a quality batsman like Joe Root. The England Test captain has been rested from the ongoing ODI series against India. Root’s absence in England’s middle-order was palpable as the team could not chase down 318 runs after their openers – Jason Roy and Jonny Bairstow – provided a solid opening stand of 135 runs in 14 overs in the first ODI.

England’s middle-order has so far failed to deliver the goods in the limited-overs series and it has led to the downfall of the team. Thus, they have missed a batsman like Joe Root who is known for his skills to anchor the innings.

Root was in sublime form in four-match Test series and he had scored a fine double hundred in the first Test. The talisman had scored 368 runs in four matches at an average of 46 but flew back to England after the completion of Test series.

On the other hand, Root amassed 556 runs at an average of 61.77 in the 2019 World Cup and thus he was the team’s best batsman and played a crucial role in England’s triumph.

“If Joe isn’t around we need to be good enough to adapt, Bairstow said. “We are good enough as a team, as a batting unit, to get over the line. We didn’t and that will have hurt the guys.”

“It’s not as easy as just turning up and playing cricket,” he said. “You’ve got a lot of different aspects to take into account; living on a certain floor of the hotel all the time, not being able to leave the hotel to go for a walk or have your own spaces, to nip to the coffee shop or go for that hour of exercise you get in England.

Joe Root is one of the most prolific batsmen in the ODI format as he has scored 5962 runs in 149 ODI matches at an impressive average of 50.1 and a strike rate of 86.91. The second ODI will take place at the Maharashtra Cricket Association, Pune on 26th March behind closed doors.