Home » Cricket » Ind vs Eng 2021: Ashwin’s length and lack of experimentation brought him success in the series – VVS Laxman

Ind vs Eng 2021: Ashwin’s length and lack of experimentation brought him success in the series – VVS Laxman 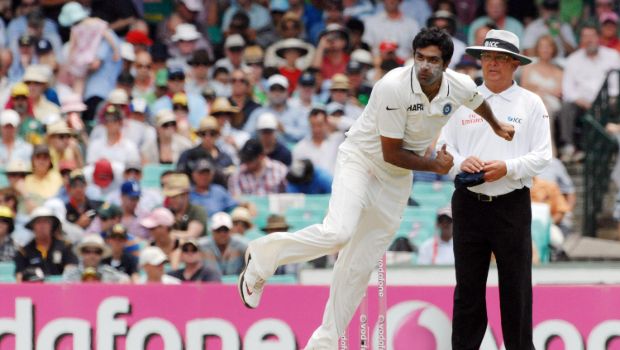 It is noticed that Ashwin sometimes used to experiment with his bowling as he has a lot of arrows in his quiver.

Ashwin had a magnificent series against England as he scalped 32 wickets in four Test matches at an incredible average of 14.72. Thus, the off-spinner had consistently troubled the English batsmen. Furthermore, Ashwin was also able to deliver the goods with the bat as he scored 189 runs in the six innings at an average of 31.50.

Ashwin was relentless with the ball and the English batsmen were at sea while facing him. The veteran spinner has all the experience and he made the most of it to trouble the visitors.

Laxman believes Ashwin showed faith in his stock delivery – the off-spinner and it brought success for him.

“Ashwin’s length and lack of experimentation. We know he has many options and variations and he uses them a lot as well. But in this series, I felt he bowled further up and bowled very few loose balls or boundary balls. And the variations were less, and whenever he tried them he used to get wickets,” said Laxman while talking to Star Sports.

“He showed a lot of confidence in his stock delivery, the off-spinner and that is why he got the results. I feel the control and discipline he showed in his bowling has made him successful,” added Laxman.

In the fourth Test match, Ashwin bagged his 30th five-wicket haul as he continued his domination with the ball. Ashwin was almost unplayable and the English batsmen had no answers to his onslaught.

Ashwin also had a good series against Australia as he had scalped 12 wickets in three Test matches and also played a key role in saving the Sydney Test match along with Hanuma Vihari.

Laxman added Ashwin wanted to enjoy his batting and thus he was able to deliver the goods. Ashwin will now be seen in action in the IPL while playing for Delhi Capitals.