Ind vs Eng 2021: Axar Patel fit for selection for the second Test match 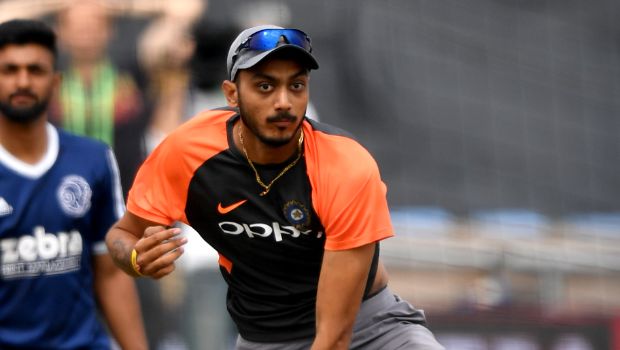 The Board of Control for Cricket in India has confirmed the same. Patel had complained of knee pain ahead of the first Test match and thus he was ruled out.

Consequently, Shahbaz Nadeem and Rahul Chahar were added to the squad as covers. Nadeem was picked in the final XI and the left-arm spinner had returned with figures of 2-167 and 2-66 in the first Test. As Patel has now regained his fitness, both Nadeem and Chahar have been added back to the reserve players list.

On Thursday, the BCCI social media platform posted a video of Axar Patel, in which he was practicing in the nets. Thus, it could be an indicator that he may play in the second Test match.

Patel has decent batting numbers as he has scored 1665 runs in 39 first-class matches at an average of 35.42. Furthermore, the left-arm orthodox spinner is mostly accurate with his line and length and bowls at the stumps. Patel has taken 134 wickets in his first-class career.

Ravichandran Ashwin is also fit for selection after he had taken a couple of body blows from Jofra Archer in the first Test and he will be the lead spinner. Washington Sundar is also expected to hold on to his place as he had scored a fine knock of 85 runs in the first innings of the Chennai Test.

Ergo, the fight for the third spinner will be between Kuldeep Yadav and Axar Patel. As Patel has good batting numbers, there are chances that the team management might prefer him ahead of Kuldeep Yadav.

On the other hand, KL Rahul will also be available for selection from the third Test match. England had won the first Test match by a massive margin of 227 runs and had taken a 1-0 lead. Thus, India will look to bounce back in the series and come up with a collective effort.

The second Test match will be played at the Chepauk Stadium, Chennai from tomorrow.