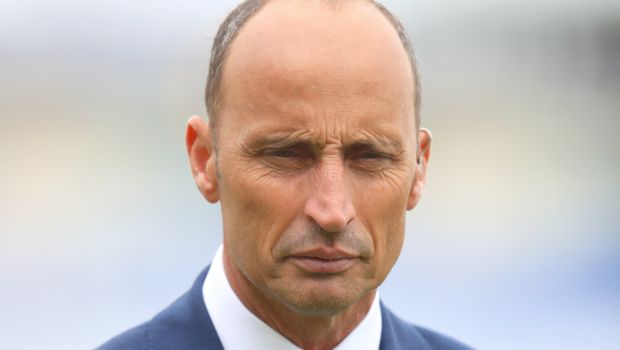 The off-spinner has breathed down the neck of the left-hander in the ongoing series and it will be crucial for Stokes to show the stomach for a fight against a quality spinner like Ashwin.

Ashwin has savoured great success while bowling against Ben Stokes as he has dismissed the all-rounder on 10 occasions in the Test fold.

In fact, Ashwin has dismissed Stokes on three occasions in the first two Test matches. Stokes has struggled to get going against Ashwin and it is imperative for England that their talisman bats at the top of his game in the third Test match.

Stokes had scored a fine knock of 82 runs in the first Test match at Chepauk and he will look to replicate the same kind of form in the pink-ball Test.

“The key will be his tempo. He cannot be recklessly attacking and just go after Ashwin. If it was that easy, other left-handers would have done it by now,” Hussain wrote for Daily Mail.

“But he cannot just be stuck at one end facing him, either… Ben has to use his bat at all times, including when the ball is spinning sharply out of the rough, which all left-handers have to cope with when facing a bowler with as many variations as Ashwin,” he added.

On the other hand, it is well known that Stokes’ favourite shots against the spinners are the slog sweep and the reverse sweep. However, with the ball turning square in the Indian conditions and against a skillful spinner like Ashwin, the slog sweep comes up with its own risk.

“The problem for Stokes is that one of his go-to shots is the slog sweep — we saw it in that magnificent innings at Headingley when he kept on slog-sweeping and switch-hitting Nathan Lyon — but that is a high-risk shot against Ashwin in India.

Ravichandran Ashwin is a shrewd campaigner and it is not easy for the opposition to keep him at bay. The talisman off-spinner is currently the leading wicket-taker of the series as he has scalped 17 wickets in two Test matches. Ashwin had bagged his 29th five-wicket haul in the second Test match at Chepauk.

On the other hand, Ben Stokes has the skills to play Ashwin with guile. Thus, it should be another humdinger contest between the top two players. The third Test match will begin at the Narendra Modi Stadium in Ahmedabad.