Home » Cricket » Ind vs Eng 2021: Bhuvneshwar Kumar took the responsibility of being the leader of the pack – Ajay Jadeja

Ind vs Eng 2021: Bhuvneshwar Kumar took the responsibility of being the leader of the pack – Ajay Jadeja 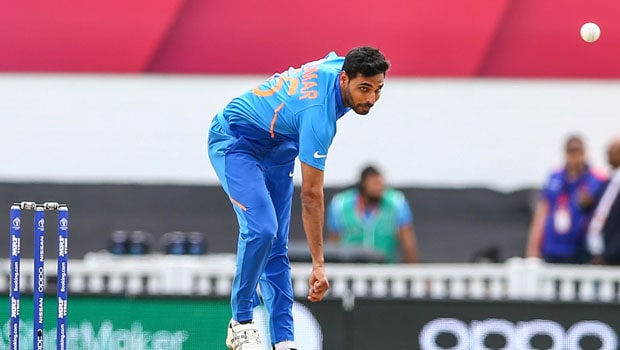 Former Indian batsman Ajay Jadeja has heaped praise on Bhuvneshwar Kumar for his impressive performances against England in the recently concluded limited-overs series. Jadeja stated that Kumar took the responsibility of being the leader of the pack in the absence of gun fast bowler Jasprit Bumrah.

He bowled with an economy rate of 6.39 in the T20I series, which was the best among all the bowlers.

Subsequently, Bhuvi snared six wickets in the ODI series and bowled with an average of 22.50. Moreover, he bowled with an economy rate of 4.66, which was once again the best in the series.

Thus, Bhuvi didn’t let the team miss the services of Jasprit Bumrah and delivered an impressive performance in his comeback series. The swing master was Virat Kohli’s go-to bowler whenever the team needed a breakthrough or needed to stem the flow of runs.

Jadeja heaped praise on Bhuvneshwar for using his mind while bowling. The former Indian batsman stated that the fast bowler is guile in his bowling approach and he knows which ball should be bowled in what particular situation of the game.

“Bhuvneshwar took the responsibility of the leader of the pack, which is always there among bowlers. Apart from bowling with the new ball, all the roles which Jasprit Bumrah plays, Bhuvneshwar fulfilled that role. When the wickets are not coming, you bring him on, or you use him in the death overs when there is pressure. Bhuvneshwar played these roles effectively,” Jadeja told Cricbuzz.

“Bhuvneshwar Kumar just needs to take care of his body. Fast bowlers are always filled with aggression, but he also has a mind. He uses his mind, and not just his aggressiveness. He has an understanding of when to bowl which delivery. He makes the best of his experience,” Jadeja added.

Bhuvneshwar Kumar is a smart customer and he was at his best against England. Kumar was equally good at both ends of the innings as he got the ball to swing in the powerplay overs and then bowled accurately in the death overs. The fast bowler has all the variations under his belt and he used them to great effect in the limited-overs series against England.

Kumar will be seen while playing for Sunrisers Hyderabad in the upcoming IPL. SRH will begin its IPL campaign against KKR at the Chepauk Stadium, Chennai on 11th April.