Home » Cricket » Ind vs Eng 2021: Cheteshwar Pujara will be a huge wicket for us – Joe Root

Ind vs Eng 2021: Cheteshwar Pujara will be a huge wicket for us – Joe Root 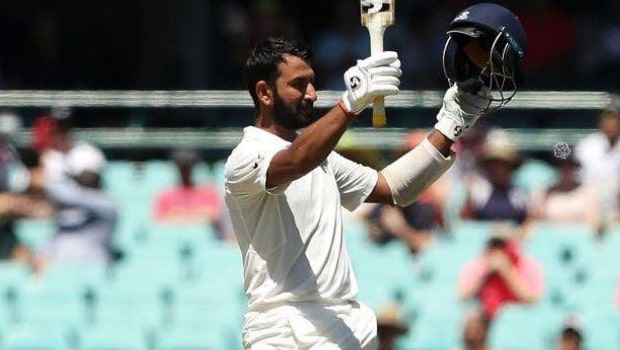 England’s skipper Joe Root has admitted that Cheteshwar Pujara will be a huge wicket for his team in the four-match Test series against India. Pujara is the backbone of the Indian batting line-up as he can hold one end up. The right-hander is rock solid in his defense and it will be crucial for the visitors to dismiss him early.

Pujara recently faced 928 balls in the four-match Test series against Australia as he frustrated the opposition’s bowlers. The talisman has scored 1339 runs in 18 Test matches at an average of 44.63 while playing against England.

India’s number three couldn’t get big scores on the recent tour of Australia and he will be hungry to turn the tables against England in the home conditions. Pujara is known to bat for a long time and he makes the job of following batsmen easier by nullifying the effect of the new ball.

Interestingly, Joe Root has played alongside Cheteshwar Pujara for Yorkshire in County Cricket and added that there was a lot to learn from the Indian batsman.

Joe Root said, “I think he is a fantastic player. I had the pleasure of playing alongside him at Yorkshire. To learn from him, speak to him about batting and his love of the game, it was very interesting. So, having played against him as well, on the wrong end of him making some huge scores and been out there for a long time, you know, you learn from those kinds of innings, and you see the importance that he adds to the Indian team, and he is going to be a huge wicket for us. There is no doubt about that. It is going to be a great challenge to come up against him.”

Pujara has all the experience under his belt and the English bowlers will have their work cut out against him. The Saurashtra batsman has amassed 6111 runs in 81 Test matches at an average of 47.74. Pujara can frustrate the English bowlers with his solid defense and he will play his normal game against the visitors.

India will have the home advantage under their belt but they shouldn’t take things for granted as England have the players to surprise them. The first Test match begins at the MA Chidambaram Stadium, Chennai on February 5.